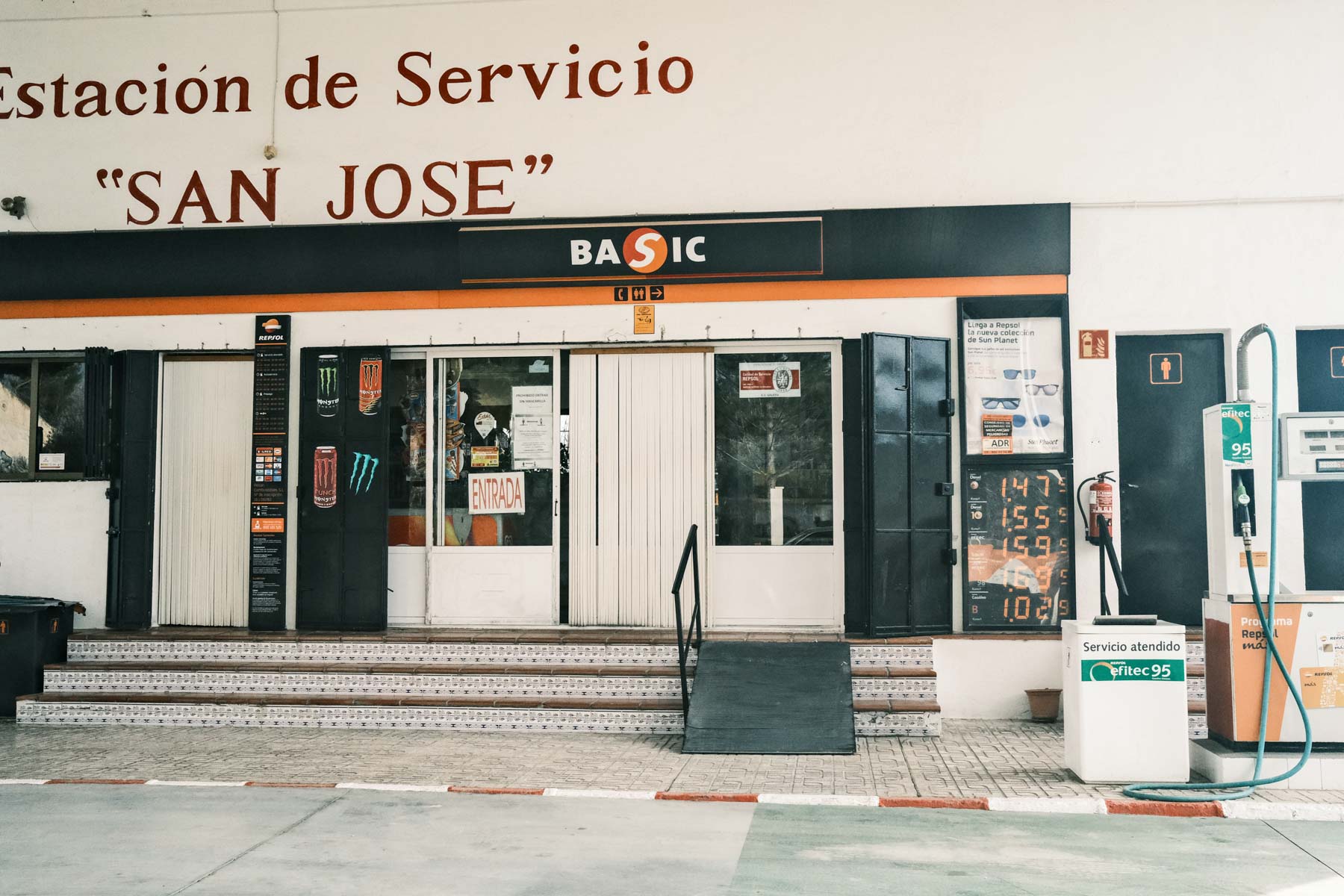 The answer to this question is…. ‘It depends!’

In rural areas the majority of petrol stations are served by an attendant who will fill up your vehicle. In more urban areas and motorway service stations they are self service. Most will also offer card payment at the pump.

In rural filling stations in Spain the attendant can get quite busy, two or more vehicles turn up at the same time and they have to be filled one at a time although a seasoned attendant will get two going at the same time. You then have to wait until payment is made which, if made by card needs to be done inside the station building – this process takes time.

In a nutshell filling up with fuel in a Spanish filling station can sometimes take forever.

Repsol, Cepsa and BP are the major players in Spain although there are quite a few smaller names. The price per litre can vary – a lot. We have experienced a 12 cents a litre price difference between petrol stations barely a mile apart, in general the smaller names are more economical at the pump but bigger names can also be cheaper in rural villages.

Can you wash your car on the street in Spain? The answer is ‘NO’ although you can on your own drive which would fall under private property, the fines range from €30 euros to the thousands and to be honest I have washed our Shogun outside on a public roadway while the Gaurdia have driven past and they have said nothing. Much will depend on how rural you are but there does seem to be [again] a lack of consistency.

Spanish filling staions have very good jet washes, you the full drive through car wash and often more than one jet wash facility which is our preferred method, jet washed are often under cover too. Costs vary but usually you get 3 minutes of soap for a euro and 3 minutes of clean water for another euro.

Are Spanish petrol stations self service everywhere and how do I tell? Well, if you’re unsure simply start filling up by yourself anyway and if nobody comes out then just go in and pay. In small rural villages some owners don’t mind either way, we have even gone in to pay and found the attendant fast asleep in his chair behind the cash till, old habits die hard in rural areas.

How a Stroke Changed my Life – My Story