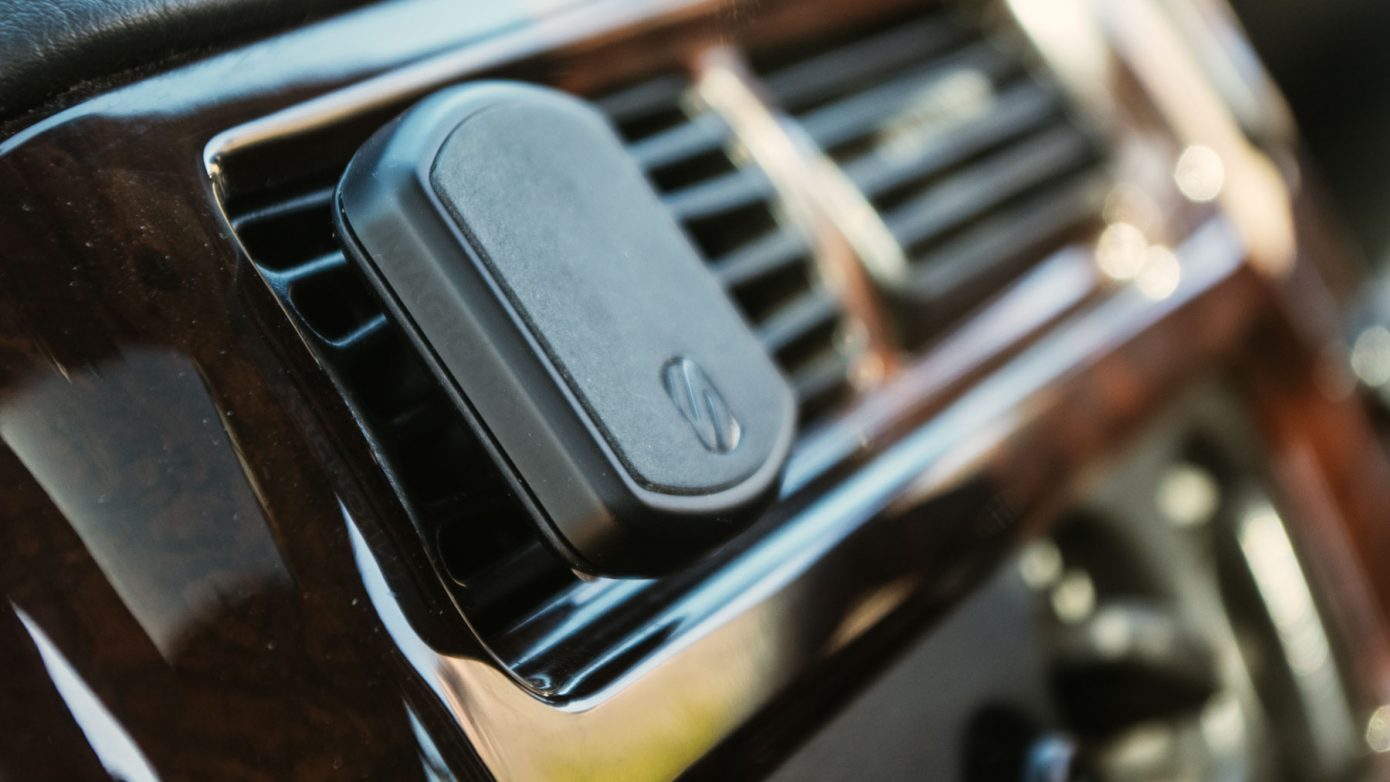 Having purchased a 9″ Lenovo tablet for our GPS solution we were left with the problem of how to mount it in the Shogun. Phone mounts in general can be a PITA, there is never anywhere to put them so that they don’t look out of place and for overlanding/offroading whichever piece of kit you consider has to be strong, given that most in-car phone mounts may be okay on tarmac finding something that will withstand dirt tracks, ruts and rocks is a challenge.

We immediately discounted the idea of having anything windscreen mounted via a suction cup, the dash cam in our Audi is forever falling off and suction cups don’t tend to do very well in the Spanish heat.

The premium choice is of course RAM Mounts, a system where almost anything is possible but you also need the space – something in short supply inside a 2002 Montero/Pajero/Shogun Sport.

The Ram system was going to be upwards of €80,00 euros, something which we couldn’t justify just to mount a tablet – bring on the Scosche Magic Mount. I’d always been a bit dubious of magnetic phone mounts, just how good were they? I imaged our GPS falling off or slipping over every bump, constantly having to be adjusted. The reviews were good and there was the air vent mounting option which meant no melted glue in Spanish sun or suction cups falling off the glass.

For €20,00 we pulled the trigger and our budget tablet GPS holder setup was up and running, the real test of course was to get out there and hit some tracks which we duly did.

First time using the GPS and we headed off down a local track which we had never driven before, a deceiving trail among fields and the rare site of thick long grass just beginning to die back as the summer approached. As such, the grass was hiding what turned out to be irrigation channels, the type which, unless you are crawling launch your rear end off the seat and you hit your head on the roof.

The technology in the Scosche Magic Mounts consists or rare earth magnets and yes they are strong however we never expected the mount to perform as well as it did bouncing around the Andalucian campo.

The other benefit is that it is small, you can’t see it behind the tablet or phone and it has a solid grip when pushed into the air vent, the tablet simply appears to ‘float’ on the dash front.

The down side [although not really for us] is that you need to stick one of the included metal plates onto your device, this may be a deal breaker for some but as our €100,00 euro tablet was 90% for GPS and never to leave the vehicle this was not a concern. You can stick the metal plate onto or inside of of your phone case although this would presumably weaken the magnetic hold.

The other thing to consider while researching was potential law changes in Spain which is likely to affect phone and GPS users in. Devices have to be stored in a ‘safe’ place, cannot be switched on or in a position where they can be a distraction.

Do We Recommend the Scosche Magic Mount?

Yes, without a doubt, for a budget overland tablet gps holder it’s rock solid and after three months still has not wavered in a wide variety of terrains. We cannot speak for other Scosche mounts however – just the air vent mounted unit. If you are looking for a budget, low profile solution that simply does what it says on the tin then you can’t go wrong with one of these, especially considering the small price tag.