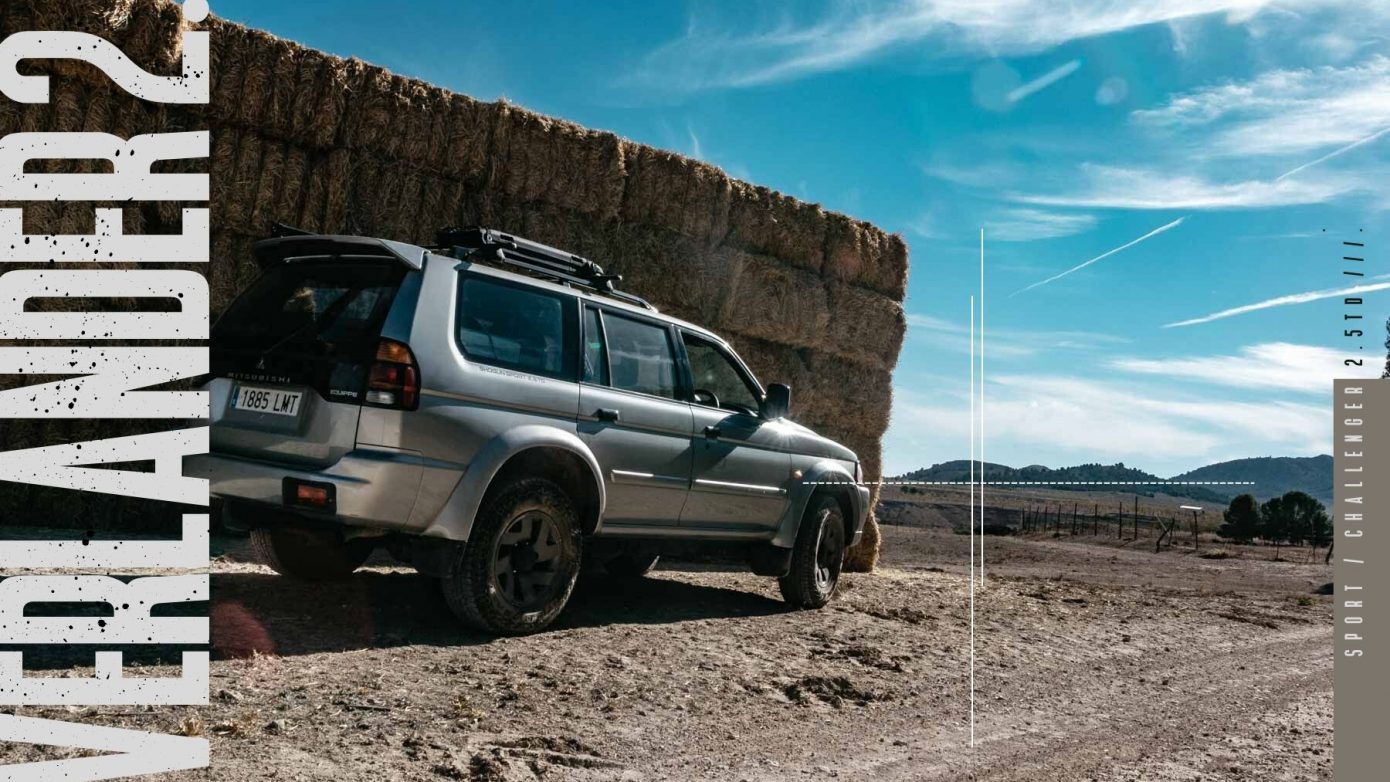 Believe it or not the Mitsubishi Shogun story began with the first generation way back in 1981, the second generation ran from 1991 to 1999 and in the late nineties we had the Sport variation which reached UK shores in 1998, it was originally badged the Mitsubishi ‘Challenger’ which had already been selling in Japan.

So what makes a classic? Besides from age you have scarcity, we own a 1984 Ford Capri 2.0s and I can remember scouring the UK Autotrader in the late Eighties and early Nineties where it was littered with Ford Capri’s – until it wasn’t. Prices began to rise and a car you could pick up for a few hundred quid is now worth ten times that. OK it’s slightly different because it’s a classic Ford but consider the second generation Shogun – how many of them do you see on the road these days?

In the early nineties, there was an influx of ‘Pajero’ imports, my neighbor seemed to have a new one every other week, high spec four wheel drive’s which were building on their enviable reputation winning the Dakar rally. Then there was the UK version ‘Shogun’, essentially the same vehicle just not a ‘grey import’ which was all the rage at the time [less so nowadays]

Try to find a good condition Shogun these days without a significant amount of tin worm and one that has not been to the moon and back and you’ll be paying a premium, that’s for the UK version or for a Pajero so what does this mean for the Shogun Sport?

Hard core Shogun enthusiasts may see the Sport version as the lesser Shogun, at the time it essentially came in to compete with Disco’s, Toyota Surf’s [4-runner’s] and Jeep’s Cherokee’s. The ‘real’ Shogun was becoming more and more expensive with the introduction of the third generation in 1999 that Mitsubishi needed something to fill the gap.

This makes the Shogun Sport and interesting proposition as there were never as many Sport models as there were Shogun’s, they were cheaper and designed to have more of an urban presence in the styling department compared to it’s bigger brother which boasted external spare wheels, bull bars and big fog lights.

It is for this reason that the capabilities of the Shogun Sport were often overlooked, it also meant that there were a significant amount of vehicles that never even got off tarmac, being preferred for the famous shopping trip or school run…

The capability of the Shogun Sport is impressive for it’s age, selecting 4WD is done by simply pushing a lever and can be accessed up to 62mph, you need to stop for low range of course but couple the strong 4WD drive system with the preferable 2.5 diesel engine and you have an overlanding beast that will take you almost anywhere.

We’ve touched on first gen Shogun Sport prices before but it’s worth saying again that these vehicles are still incredibly cheap for what they are – you get a big lump of 4×4 for less than a couple of grand [UK prices] but that will change and probably not too far in the distant future – providing we are still allowed to drive diesels that is.

The Sport could be described as an ‘old school 4×4’, tough as old boots and gets the job done.

Look in the Autotrader now and you can still see a dozen or so Shogun Sport’s in there, getting a good one will become increasingly difficult although higher mileages are not something to be too concerned about. Eventually the Shogun Sport K90 series will fall into the same classic status as its slightly older second generation cousin and by that time good ones will be very hard if not impossible to find at a realistic price.

Overlanding for under €2k

So, for a couple of grand is a classic Shogun sport for overlanding? Considering the off road capabilities of the vehicle you’d be hard pushed to get a better performer in this price range. of course there are alternatives like the Toyota Surf but did you notice where they all went?

The Sport could be described as an ‘old school 4×4’, tough as old boots and gets the job done. It’s not packed with electronics so there is less to go wrong and maintenance is pretty simple, you stand less chance of getting stuck out on the trail in an older 4×4 because it’s easier to fix right?

The drive is agricultural, the 2.5 engine is pulling nearly 2000kg of machine but it handles it well, some say the Sport is sluggish, it’s no sports car and it’s not pretending to be something it’s not but we find it more than powerful enough off road – on the tarmac you might be yearning for an extra gear. The more powerful 115bhp engine was introduced in July 2001 so that would be the one to go for unless you don’t mind taking a hit at the pumps and opt for the 3.0ltr 168bhp petrol version, this is however an automatic transmission.

Depending on what you want from your overlanding rig then the first gen Shogun Sport is a good all-rounder, it is however a ‘mid range’ sized 4×4, not like your Defenders or big old Nissan Patrol’s, you can though easily kit out the back and even set up a sleeping system given the length of the luggage area with the rear seats down.

We overland as a family of three and the Shogun is more than big enough for what we need, having the factory roof rails [raised] means you can easily throw a roof tent up there for another sleeping option.

If you are overlanding with a lot of gear then you might notice that the rear is a curvy setup with a vertical hatch – you don’t have the cavernous space of the second or third gen Shoguns with the side opening door and higher roof.

So the classic Shogun Sport for overlanding, an older style 4×4 with plenty going for it and bags of character. If you’re on a budget like we were then these are seriously capable machines for very little money, if you like simplicity in a vehicle, not too retro and not too new either then a first gen Shogun Sport should be on your list, just don’t hang about as it won’t be too long before these Mitsubishi’s turn full classic status and all the good ones will have gone.