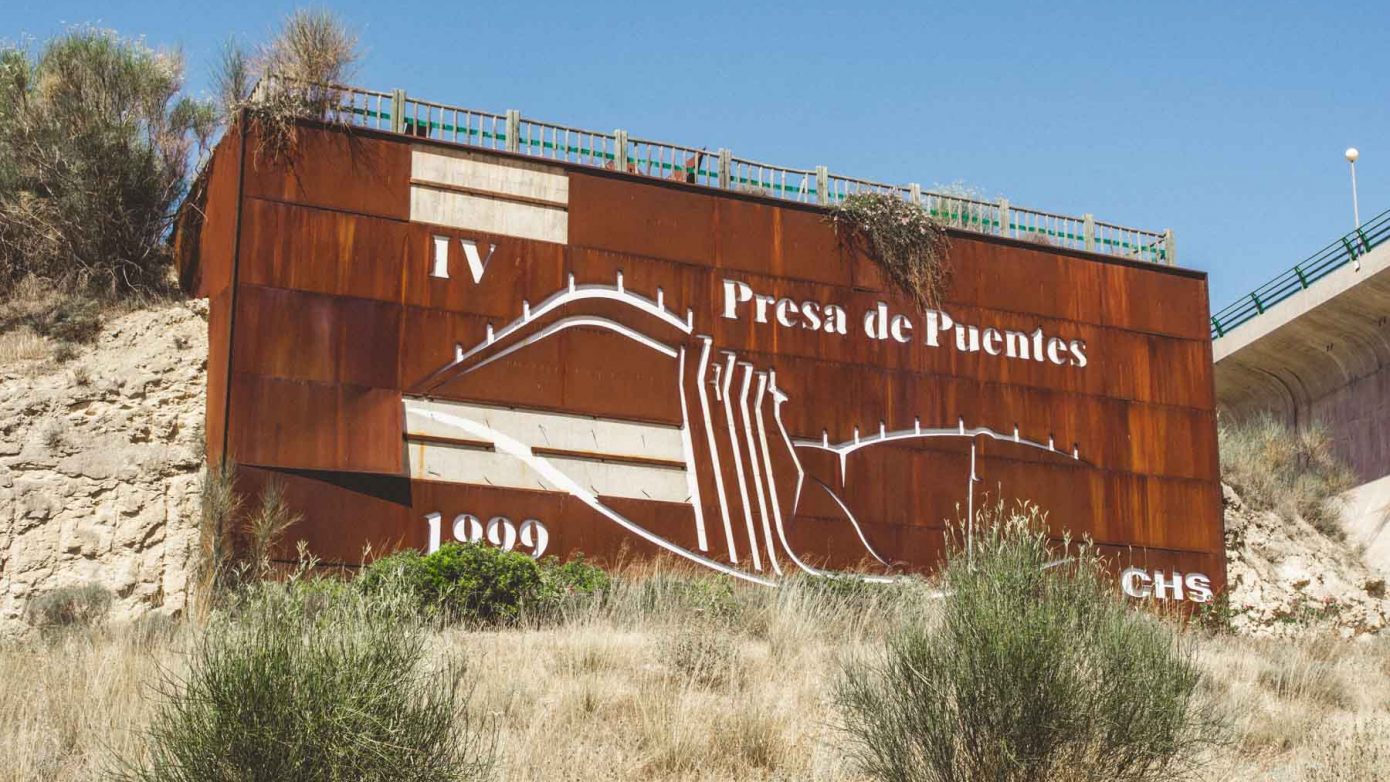 Location Review – Embalse de Puentes. Looking at Embalse de Puentes on Google maps in satellite view the area appeared quite promising, there were plenty of tracks to drive down to the water’s edge and most of the reviews were above average.

Sometimes though you get somewhere and you realize that not everywhere in rural Spain is as spectacular as you might expect – Embalse de Puentes is one of these places.

Compared to other nearby reservoirs like San Clemente and Castril, Embalse de Puentes can only be described as neglected, in fact in our Google guide review we described the roads as looking like something out of Mad Max, in some places we needed to drive almost on the wrong side of the road to avoid the bushes that had grown out of control through the armco barriers.

First thoughts were Covid, perhaps no maintenance had been done here because of that but it was clear that after having found a recreation area [that we promptly left] the area had been in neglect long before that.

in places I could hardly frame a shot without discarded plastic, kids nappies and food tins getting in the way.

The other issue was rubbish, this reservoir is a prime example of why wild camping is banned in Spain, an example of others thoughtlessly spoiling it for everyone else, in places I could hardly frame a shot without discarded plastic, kids nappies and food tins getting in the way.

It’s a real shame as at some point this area would have been well worth a day spent exploring, even though there is no swimming there are plenty of hiking opportunities in the nearby woodland and several recreation areas, unfortunately these too had fallen victim to litter [and worse].

Embalse de Puentes needs a big overhaul and it needs to be maintained, given the effort and expense that has at some point gone into creating a nice area it seems odd that it has been neglected for so long, there also very few bins which would go some way to solving the rubbish problem but if bins are provided they need to be emptied…

While the reservoir itself may have been a big let down, the drive home certainly wasn’t. One of the aspects we love about overlanding is that it’s just as much about the journey as it is the destination, the round trip was 179miles and were not going let the disappointment of one small part of it ruin the day.

Spectacular views heading home back towards the Sierra Maria Los Velez natural park, climbing to 3500ft through narrow mountain roads some of which required a high degree of concentration the disappointment of the reservoir was quickly forgotten.

Roll on next weekend…