Exploring Barrancos [and no entry trails] 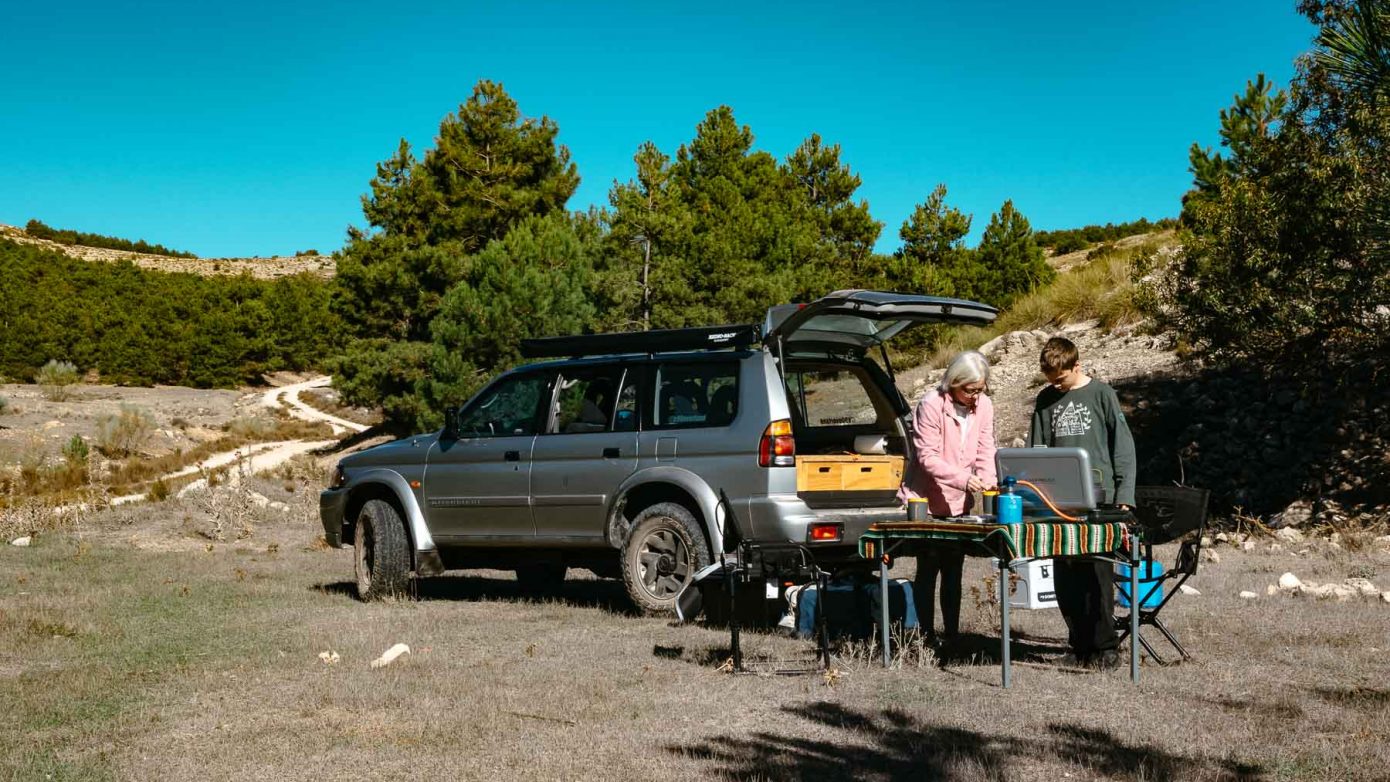 Exploring Barrancos [and no entry trails]

Exploring barrancos… Sitting at home planning the next trip on GAIA GPS doesn’t mean that everything will go to plan. GPS can’t tell whether or not that trail is blocked or simply cordened off so if, [like us] you drive a dozen kilometers or so through the campo on your planned route only to find that the last leg of your journey and access to your destination is ‘NO ENTRY’ it’s a bit of a bummer…

On this particular Sunday we’d planned a route off road to travel to the nearby ‘Sierra de Periate’, a mountain area between the village of Cullar and Orce in the Altiplano de Granada. It had a couple of good Google reviews too which, we assumed would mean that access would not be a problem.

Three tracks were marked on the map which would have got us there but all of them looked like this so it was time for plan B – simply go back the way we’d come and find a spot somewhere along the way.

The route back was not planned, there is one thing about exploring barrancos though and that is that in places they can be a moderate challenge which is good for spicing things up a bit!

We found a spot, set up, cooked breakfast, enjoyed a coffee and chilled out as the temperature began to climb [it had been like pea soup when we left]

So it didn’t quite go to plan but the one good thing about overlanding is that there is always an opportunity somewhere else. We’ve noticed that there are quite a few more trails blocked off, accompanied by the rules surrounding wild camping it makes you feel restricted in what you can and can’t do, rules differ from region to region too which does not make things any easier.

One of the discussions we had was about the rules on wild camping, roof tents, campers and cars. The fire risk we fully understand but there is evidence of camp fires everywhere you go, we also understand the litter issue but concluded that you can litter just as much on a legal picnic out in the woods or the mountains during the day…

Essentially the only difference between a day out jolly and camping is the fact that with the latter you will be sleeping yet we are the people who have been restricted to the extent that in some areas it’s hardly worth it anymore unless you’re prepared to risk it and break the ‘law’, not everyone wants to use a campsite.

Okay there have to be rules as long as we have borders and nations but we should also have freedoms to the great outdoors too, this is our earth just as much as it is anyone else’s and those mountains or that trail should be free for people to visit and enjoy if they wish and when they wish.

The whole wild camping thing is a huge debate as well as the endless rules and regulations that Spain [as well as other countries] impose. There are, quite simply, too many restrictions, perhaps as we mentioned in another post we should have a wild campers lisence the same as they do for fishing or hunting, at least then those of us responsible enough to camp in harmony with nature could actually enjoy a piece of it without the fear of fines or punishement.

Previous Post
6 Storage Hacks for Your Montero Sport [1st gen]
Next Post
Knife Law in Spain – What Can You Carry?
Close
Close