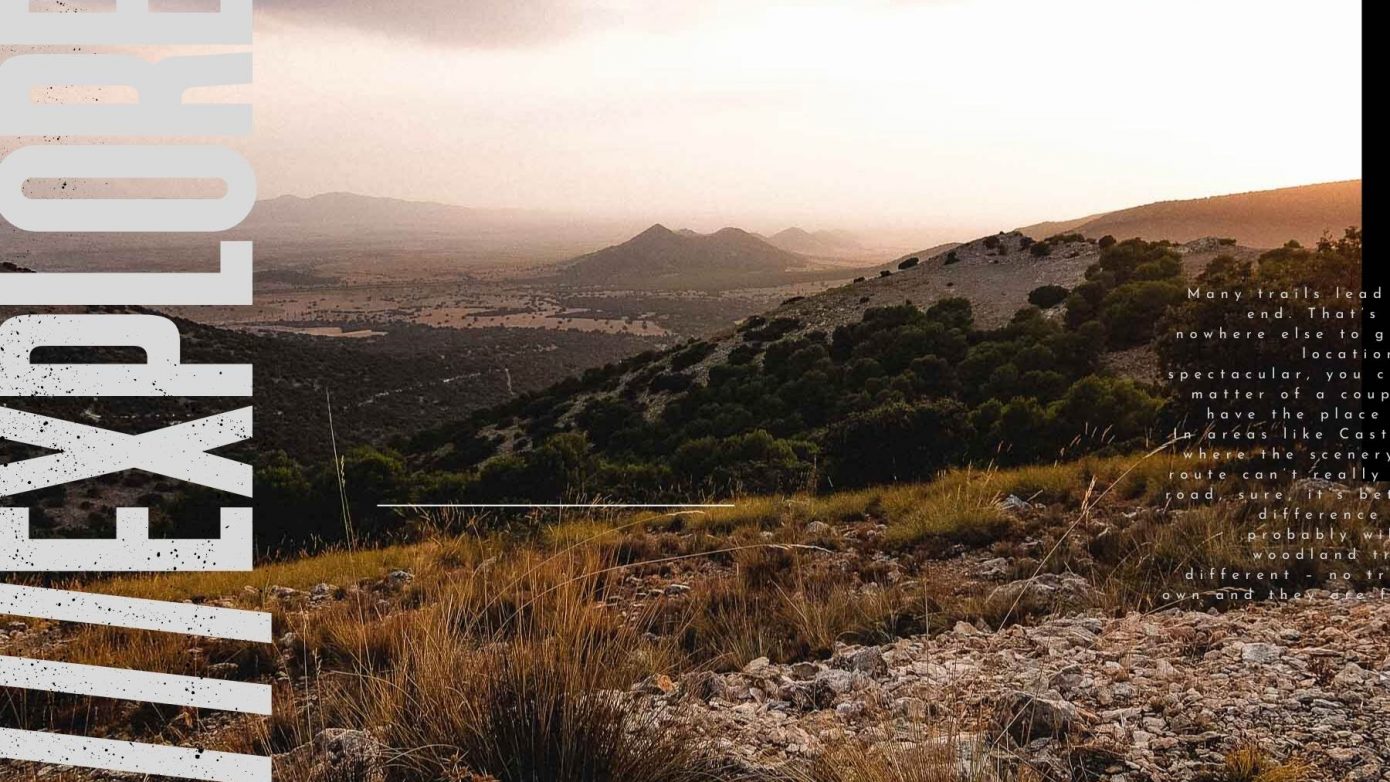 The one good thing about exploring the Altiplano Granada or indeed any part of rural Spain is the freedom you have to travel across the ‘campo’, the campo is the ‘countryside’ and is diverse enough to provide a multitude of challenges if you decide to steer away from the usual tracks that span across acres of farmland.

Spain is a large country, you can drive through the campo for miles and not see anyone, unlike the UK where space is tight, in Spain you can drive pretty much anywhere in the countryside and not be on private land [although private land obviously does exist]

By heading off into the hills you can explore hidden trails that you won’t find on any map. Google sat view does help but does not offer any indication of what the woodland trails are like on the ground.

Many of these woodland trails are used by the forestry guys who tend to and create fire breaks up the hillside and cut back the trees when the woodland becomes too dense. These same guys drive well equipped Landrover Defenders which should give some indication of the terrain to expect…

To find these trails you simply have to drive through the woodland, exploring the Altiplano Granada can throw up some real gems if you like a challenge in the depths of the hills and forest, some of these trails you can drive right past and not even know they are there so using the sat nav will offer some indication of where they are.

All trails are 4×4 territory, dirt tracks can be heavily eroded especially after rainfall on inclines where you have divets formed by torrents of water during heavy storms, holes can be filled with stones and the trails are constantly evolving. The vegetation can be dense, some of these plants are like holly and quite rigid so be prepared for scratches on the paintwork!

Many trails lead up the hillsides and end. That’s it, nothing more and nowhere else to go but, the views, the location and the solitude is spectacular, you can climb 2000ft in a matter of a couple of kilometers and have the place entirely to yourself.

In areas like Castril there is a ‘drive’ where the scenery is stunning but the route can’t really be described as off-road, sure, it’s better in a 4×4 but the difference is that you can [and probably will] see other traffic, woodland trails offer something different – no traffic, you’re on your own and they are far more challenging.

What to watch out for

Remote areas in woodland are often used for hunting during the hunting season, stay clear, especially at weekends.

Bees. Beekeeping is popular in rural areas and you can often come across beehives in the middle of the woods, some will be signposted with a warning but many are not so it pays to keep an eye out or you may be driving to the hills quicker than you think.

Rock falls, some roads can become blocked through rock falls and small landslides, if there is evidence of a fall, pass through quickly, we have seen odd rocks tumbling across these tracks before and the last thing you need is an incident in such a rural location.

Wildlife, there are plenty of creatures that bite, sting and can be aggressive [such as wild boar] – check out the full list in this post.

Weather, don’t get caught out in the rain, roads can quickly turn to rivers and you may find yourself in a less that secure situation if the heavens really do open, Andalucia is known for it’s rainstorms so don’t get caught.

Obviously at your own risk as it is prohibited unless you can get permission from the local town hall [ayuntamiento]. The chances of getting discovered are slim, keeping a low profile will stop you getting reported and you should have a quiet night. A ground tent in these areas may not be the best option given the rocky and uneven terrain although look hard enough and you may find a small area to pitch.

Goes without saying that exploring areas such as these require caution and also planning. Particularly in the summer it is vital to take a good supply of water, if anything should happen there is no water in the majority of the hillside woods.

Everything else should be a given for even the most basic overlanding rig, first aid supply, food, shelter and communications. While you may stumble across evidence of a campfire it is not recommended to light one and is banned during the summer months anyway.

You can see a tremendous amount from the 4×4 including wildlife but when you reach a spot to stop off at the end of the trail it’s worth having an explore on foot.