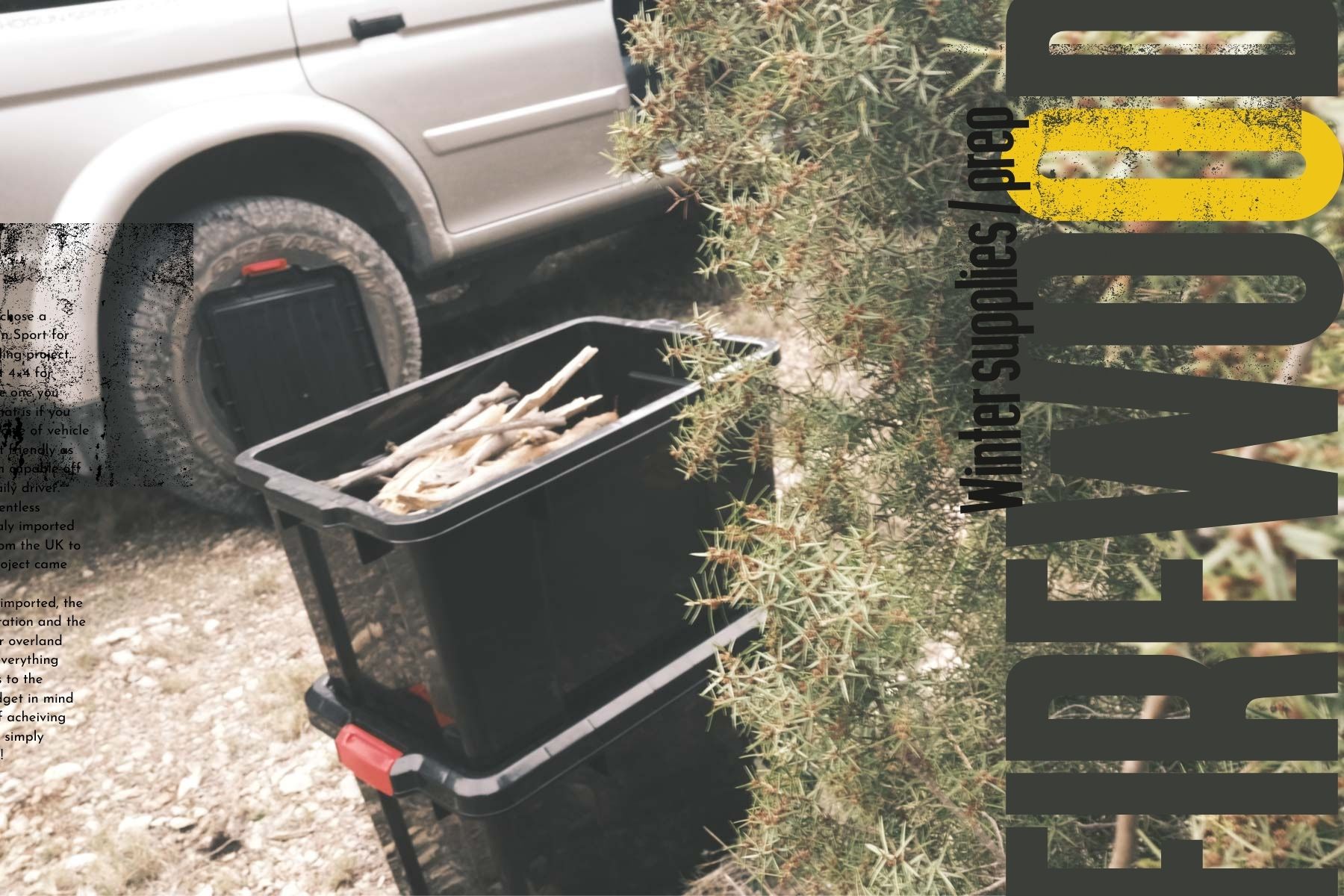 Winter in rural Spain can be an interesting time, most years [in the past anyway] you would get a dusting of snow and perhaps a few inches which would fall overnight making the kids gloriously happy the next morning.

Some years though are different to the rest and that is what happened in January 2007 when we were just putting the finishing touches to our cave house in Granada. Around 18 inches of snow fell over night and it was still coming down that morning thick and heavy, no wind [luckily], just blankets of the white stuff steadily building up and up…

Things got so bad that the entire hamlet was snowed in and it wasen’t until 72 hours later the Guardia managed to get through following a tractor to ask if we were ok. We were.

Firewood collection in Andalucia, bring on the summer and it’s time to collect wood. Before we started overlanding we’d use the best car we ever had – an old 94′ Audi A6 avant, it got us to Spain, towed our caravan down here, humped building materials and masses of wood, even trees for our winter prepping.

Sometimes the forestry guys would be cutting trees and you could follow them through the woodland ear-marking a stash of logs, sometimes to take home by the trailer load.

Buying Almond or Olive wood is also a viable option, it’s easier but it’s expensive, the outlay however does pay off as it obviously lasts longer being a hard wood plus it’s kinder to your chimney with less creosote build up.

No matter which wood you end up with [we usually do a mix] you’ll need sticks/kindling to get things started. Overlanding helps sort this problem out perfectly, on day trips we take a couple of boxes and fill them up with ‘dry as a bone’ stick wood directly from the woodland floor.

There is always stick wood lying around, much has been there for quite a while and is the perfect ignition source, you can also pass cutting areas where trees have been cleared to maintain fire breaks.

Collecting all of the stick wood left over actually helps the woodland and the forestry as it reduces fire risk, no-one is going to tell you to move on if you’re clearing up.

Two boxes per trip soon starts to build up in the warehouse! Our wood stove is of traditional design, cast iron with the round lid on the top so sticks have to be quite short to fit, this makes a box of sticks go even further as they have to be snapped in half, it’s actually a very economical way to light a winters worth of fires.

So collecting firewood from the Andalucian woodlands we visit overlanding is a win win for the environment and for us, it’s also part of life in rural Spain and it reminds me of my youth being brought up on a Northumberland farm. Being prepared also comes into the equation.

Being prepared as far as firewood is concerned is a good idea under any circumstances especially in rural Spain. The winters 3000ft up are bitter cold and no matter what style of dwelling you live in [yes, even a cave house] you will need fuel for the winter.

Solid fuel in the form of wood is the most common, usually olive or almond although kiln dried Oak is available at a premium. Prices are on the rise, not just with solid fuel but also electricity and gas making wood a more attractive proposition. In a real SHTF situation wood is going to be the only fuel source in the longer term which is why we are stocking up now.

Little and often is the approach, as mentioned above a couple of plastic boxes at a time is all we need, similarly to those few extra tins or packets of pasta at a food shop, it all makes a difference and it’s never too late to start.

2022 will also see us purchasing a trailer of hardwood early, normally we get a load delivered in November but this year it will be March. One reason for this is to give the wood more opportunity to dry out over the summer and the other is to be more prepared for the winter and any eventualities that may happen before then. The forthcoming winter’s fuel will be one less thing to worry about both from a financial standpoint and being prepared.

Previous Post
Mitsubishi Shogun Sport 2.5 Interior – Sparse but Durable
Next Post
What is Calima weather in Spain [and is it dangerous?]
Close
Close