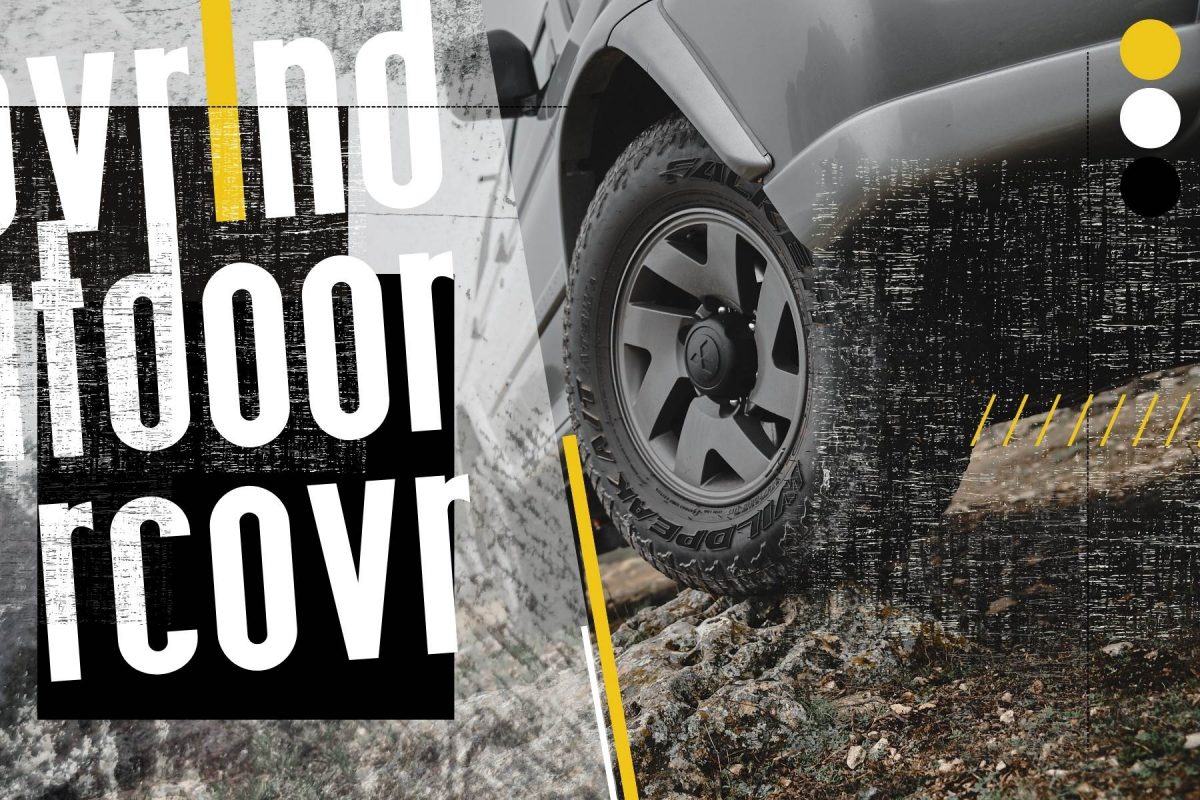 How Getting Outside Helped My Stroke Recovery and Why Overlanding Trips Gave Me the Boost I Needed.

It was early May when I was discharged from hospital after spending 11 days getting my blood pressure down. The stroke came at night, 11.00pm to be exact, from the next day forward there were to be some big changes.

Following my stint in Granada hospital I can conclude that it was pretty much as expected, the health care was good, not exceptional, just good, when you come home however things change on a dramatic scale. You see when you are in hospital, physically there, in a bed, the treatment [in the main] is good, when you’ve gone though it changes – this is where the follow up appointments come in, the check ups and the paperwork…

The first experience of this we had was simply making an appointment, there were three in fact, physio, blood and internal medicine. Off we go to the local medical center to be told that is was complicated, couldn’t be done from there and we had to drive a 90km round trip and do it ourselves in the main hospital. My answer – NO.

In a nutshell you’re on your own, you have to be assertive to get results and learn to filter out the absolute cr*p that some people will try to palm you off with.

We went back a few days later, saw a younger doctor who was standing in for the usual guy and it proved not a problem – all three appointments made in less than 10 minutes.

It is this kind of thing about Spain that drives you nuts and it gets real challenging to keep a cool head [and your bp down] when the incompetance rears it’s head. Even the locals commented that the further you are from the ‘cities’ the poorer the health service becomes – something to be aware of if you are considering moving to rural Spain [especially Andalucia].

In a nutshell you’re on your own, you have to be assertive to get results and learn to filter out the absolute cr*p that some people will try to palm you off with. Being a foreigner [in some cases] does not help buy hey, if you pay your taxes…

I could go into a full on brutally honest account of the whole situation and there would have been a time when I would have done but these days are much more about positivity and looking forward, working to recover to 100% and doing it the way I want to do it, not waiting for an appointment months down the line, sometimes you need to be proactive and just do it your way.

There is only so much exercise you can do in the house and it doesn’t take much to get me motivated to climb into the Shogun and head for the mountain trails.

I can fully understand how people can become demotivated after a stroke and mine was a relatively mild one, the physio guy in the hospital gave me exercises to do but after nearly three months of waiting for a physio appointment at the hospital I started doing more activity of my own and have been using overlanding to help me achieve that.

If I was waiting to be told what to do then I’d be doing just that – waiting. Driving the Shogun to a place where we can walk, exercise, cook, collect wood and have great views is a good thing for getting your head in the right place ready to work off the weakness and train your brain in what to expect, progress is a motivator but progress requires work.

Out of the house

Getting out into the fresh air is always near the top of the list for us. Midweek usually sees us out around the local area and one day over the weekend deliveres a full day when we can really get out and relax, getting out is important not just for the body but for the mind, sitting in front of the tv or computer is no good for you at the best of times never mind when you’re in recovery, so the fresh air is important.

It’s not just that though, there is something about being out and about in nature, it helps get you away from the pressures of everyday life and calms the mind – less stress is always good.

Staying close to home during the first few months [which essentially meant all of 2022] was something we took on as a challenge, I was still not 100% fit having been out of hospital for two months and although driving was not a problem whatsoever we felt better being in a familiar area in case anything did happen so shorter trips it was.

These shorter trips worked out well especially given the that fuel rose to over €2.00 per liter before the summer had really begun. What it meant was that we could really explore the local area and discover all of those places we’d missed because we’d previously been planning bigger trips.

The shorter routes around the area were perfect, we are lucky in that we live in a geopark, being closer to home also lessened any anxiety I had and the whole ‘what if’ thing. It’s easy to forget the heightened risks that follow you after a stroke which is why our overlanding tends to be quite chilled out for now and the forseeable.

In 2022 and as part of a new approach to ‘prepping’ we started collecting wood during the summer to stock up for the winter. Wood collecting was something that we’d always done, it’s just that this year we kind of ramped it up a bit, fuel lies on the doorstep pretty much so it made sense to combine our mini overlanding trips with collecting a haul of wood at the same time.

This is where the exercise comes in and some significant weight loss combined with a new diet of course. The physical aspect of humping wood up a hillside to the Shogun then cutting it up for transport in crates is challenging but the left leg which still feels on the weak side especially around the knee gets a right old workout, it would take a lot of squats in the living room to acheive the same.

The doctors and the physio guys at the hospital told me I’d be walking like I used to in between three and six months. The biggest noticeable improvements are seen during the early days, in hospital I couldn’t stand with both feet together without falling over so being able to stand was step 1, the rest followed as they say.

The first few days were simply exercises then once I got outside it was a case of setting myself targets to reach on a daily basis, even just a couple of steps further each day mattered. 25 yards turned into 50, then 100 and so on and so forth, at present I am walking 2km in the morning three times a week plus out overlanding and collecting wood at weekends, in fact it’s more exercise than I’ve ever done, two people have recently told me that they didn’t recognise me because I’ve lost that much weight.

Losing weight has also been a big one, I was told to lose weight by the doctors after I came in at 113kg, yeah, heavy I know but I am 6ft2″ and broad too which helped me carry it. Losing weight reduces blood pressure which is a crucial component in all of this so I’ll be off to chemist to jump on the scales after the Spanish holiday madness has finished.

Getting the mind right for a more chilled out life. Before it was mostly work, work, work. Nowadays it’s more like jumping in the Shogun and heading off to a quiet spot with great views to chill out. This is where overlanding really comes into it and I am grateful that I discovered it when I did.

The mindset needed an overhaul for sure, having said that there is nothing quite like a health scare to get you motivated to make the changes you need to. Getting the websites out of my head, the SEO, socal media etc was a challenge at first, but boy do you feel better once you’ve nailed that. Learning not to worry about things you can do nothing about is also key, I used to keep myself awake about life decisions which did me no good at all, appreciating what you already have is a good start to different thinking.

Writing about it and recording it, hoping it helps… A year ago I packed up my DSLR’s, lenses and all the gear and replaced it all with one fixed lens camera. It simplified the whole thing including my approach to photography as well as other aspects of life, gone were the days of shooting for instagram, chasing likes and spending hours on end getting edits right.

Taking the simple approach has worked and continues to work for me tremendously well. Stress was a major factor in what happened and I find a different, more relaxed approach to photography helps, in other words I am no longer seeing the perfect edit or competing, I no longer care because when it comes to images no-one else does either, sad but true – ask any photographer.

Blogging is something I have done since 2005 and I find writing helps too, documenting everything overland and personal stories associated with that is something I enjoy doing, its as simple as that, no recognition searching, no validation, I just blogging because I like to.

So, if you’ve reached this far you’ll now know how getting outside helped my stroke recovery, it still does help on a daily basis. The thing is, recovery is not just a physical thing – you have to have other areas of your life designated for a change too then, somehow make it all fall into place. Getting your head right is crucial, for me not taking life so seriously was a big one, enjoying what I have and what we can do being where we are having made the choice to move here.

If the rest of the world wants to do 100mph all the time then that’s fine, me? You’ll find me in the slow lane.

/// More overlanding and camping posts
Check out these articles
Are Spanish Petrol Stations Self Service?
30/06/2022

How a Stroke Changed my Life – My Story