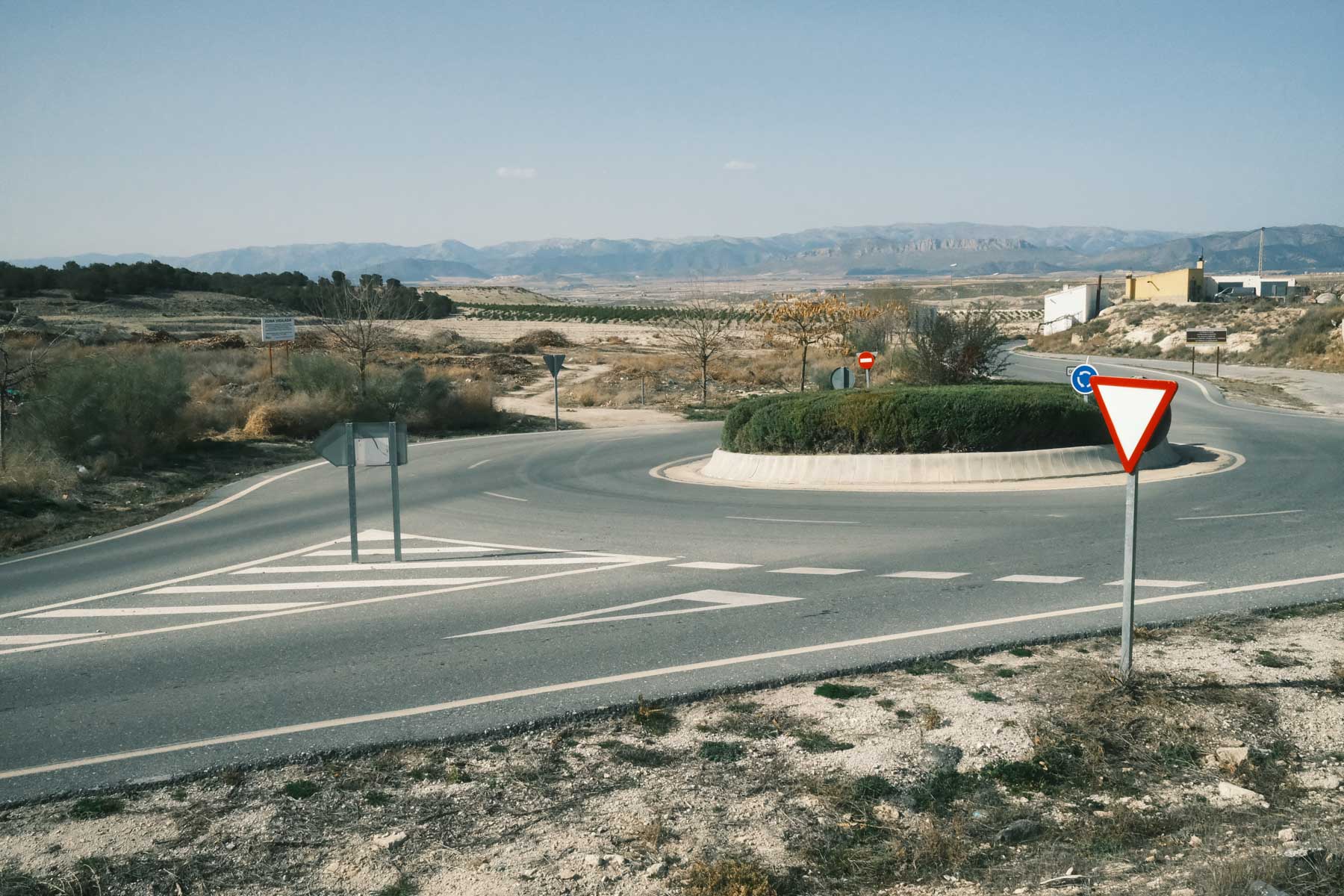 How to use a Spanish roundabout, Okay, I confess, this one had me for a while and there still seems to be a huge amount of confusion on how to use roundabouts in Spain. In short this is what you need to know:

The inside lane is the one to use if you are taking the third or subsequent exit, when your exit is coming you need to ‘merge’ into the outside lane.

The outside lane is the lane used to exit the roundabout.

That is it in it’s most simple form but there are some things to watch out for too – namely other drivers who do not know how to approach or use a roundabout. Lack of indicators on the roundabout [or anywhere else] is very common, couple that with the fact that Spanish drivers do not always get taught to look in their blind spot you need to be aware of vehicle simply cutting across in front of you without notice or intention.

Having driven in Spain daily since 2004 I can honestly say that roundabouts remain one of the most danger fraught parts of the tarmac for everyone, they are hairy places to be and you need have your wits about you at all times. I’ve yet to meet anyone who does not have something to say about negotiating roundabouts in Spain.