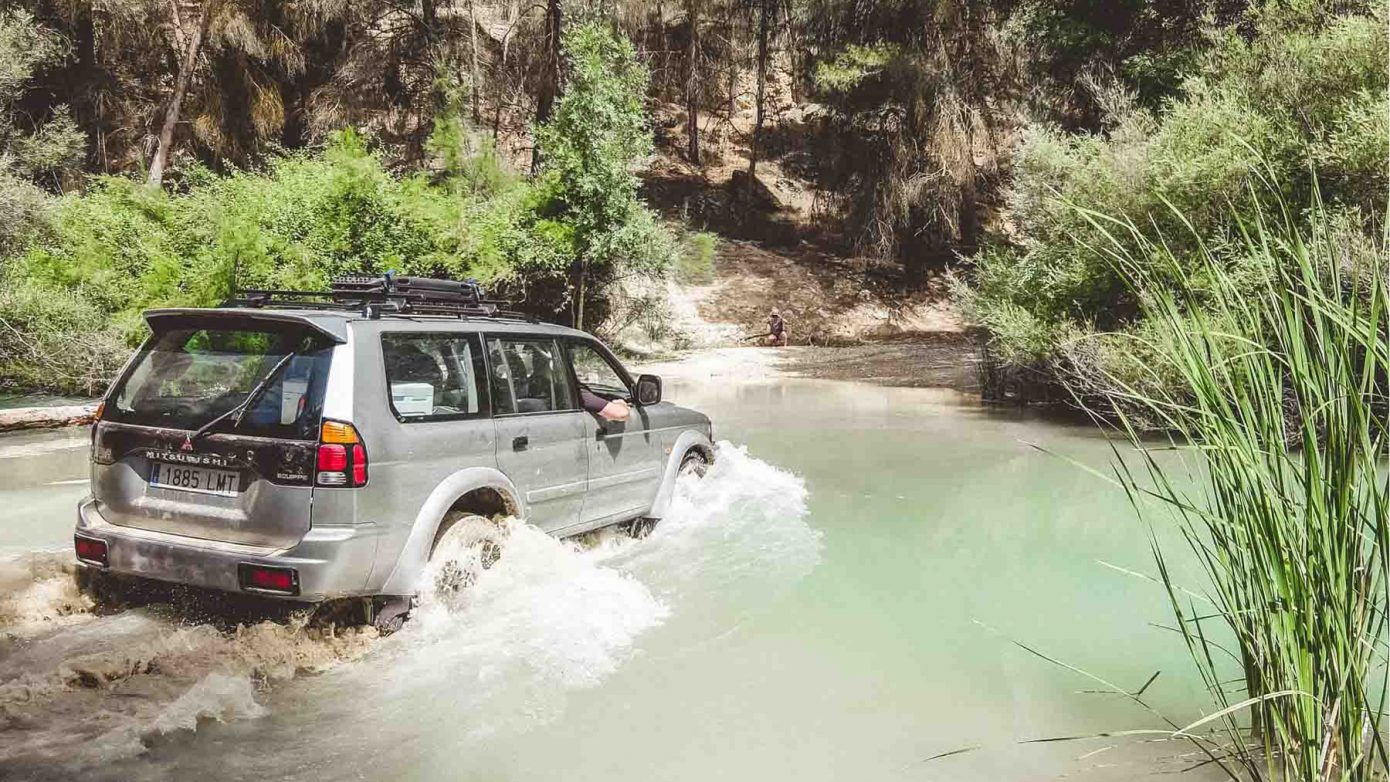 The first time we visited Embalse del Negratin was way back in 2004, we’d just moved to Spain and started exploring the area [in a tourist capacity], since then we’ve been back a few times for photography and the odd day out.

This time was different though, there’s one thing parking up in the car and then there’s going off road around the entire reservoir. The joy of seeing the bits most others don’t.

We’d planned a route on Gaia GPS, set for the North side of the reservoir which we had never been to before – primarily as most of the access is on the South side, coming in through the campo from a nearby village we hit the edge of the reservoir and began what turned out to be a three hour drive to the dam wall.

It had rained a couple of days previously which all added to what quickly became quite challenging tracks, the terrain was rough, divets carved out by previous heavy rain falls snaked across the dirt roads at random, many of which were deep enough to bottom out on. Tracks turned to mud in places, steep hills, switchbacks and narrow stretches – it was what overlanding is all about when you want to turn up the challenge and test yourself and your rig.

An hour in and the GPS was taking us to dead end tracks, we managed to find a trail close to the waters edge and followed that until it we found a river crossing.

No problem for the Shogun, having tested the depth first it was around 0.5meters. A few hundred yards further on and that was actually the end of that stretch, the terrain quickly changed to olive groves then out of the blue onto tarmac heading for the dam.

Back on the South side of the reservoir there are more tracks [albeit tame in comparison], hang a right off the A315 and you will find yourself firstly in hilly terrain then woodland as you approach nearer to the water. The terrain is elevated in most places at Embalse del Negratin although there are watersports and small pebble beaches in places.

The real finds are off the beaten track such as Torre del Maruq pictured below.

In conclusion, the entire reservoir is worth exploring, its the kind of place you can even spend a couple of days and an overnighter camping. The north side is a challenge as mentioned, more specifically after rainfall and the river crossing will be hit and miss depending on this.

There are numerous photo opportunities, even more if you have a drone, landscape is varied, in fact sometimes it even looks prehistoric, crossed with hills and woodland you’re in for a treat taking the 4×4. We will be coming back to this one…