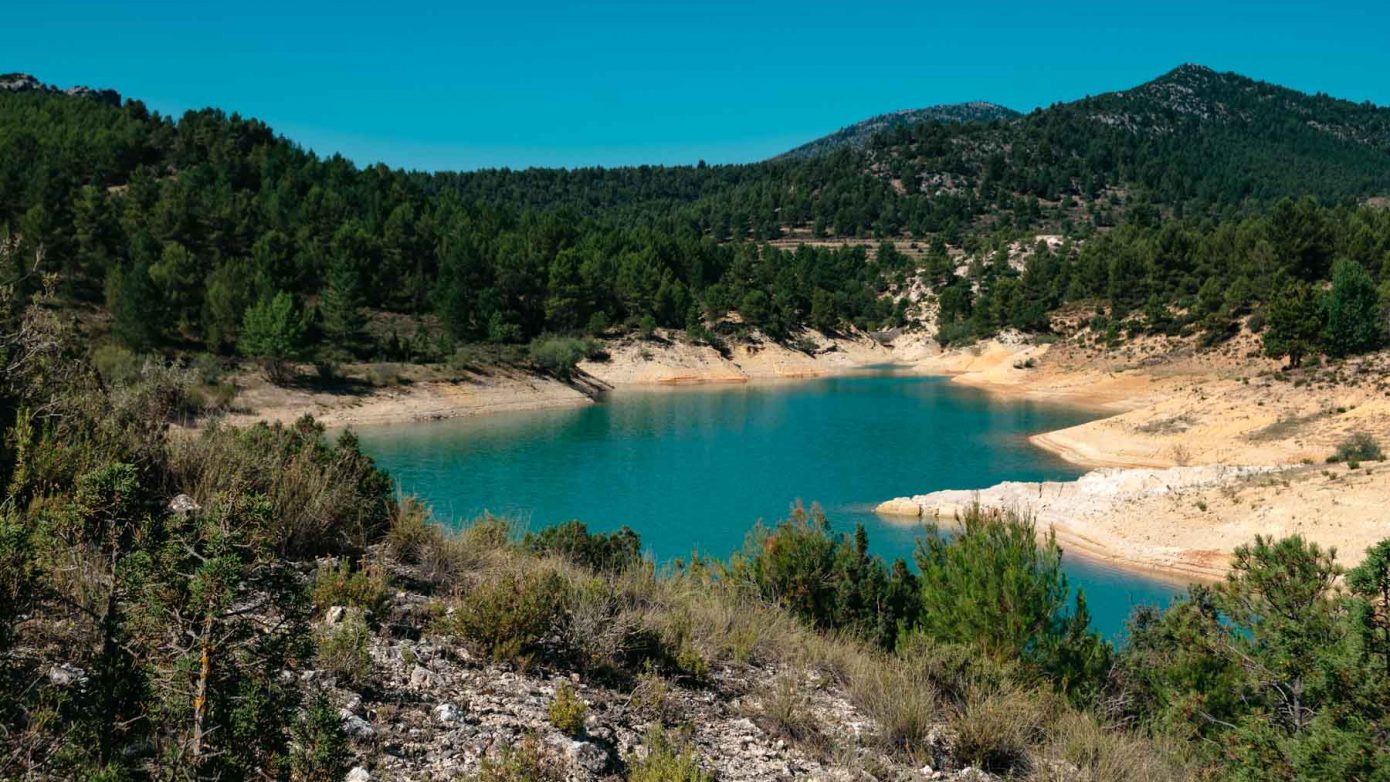 Embalse del Taibilla is a small reservoir in Castile La Mancha [Albacete region] dwarfed by other nearby reservoirs such as Negratin and Portillo it is no less stunning, in fact this is probably one of our favourites so far.

We arrived early and ended up stopping on both sides of the water, being as small as it is it only takes a 20 minute drive to go all the way around and the roads are mainly tarmac, there are not many places to stop off by the water’s edge but there are a multitude of places where you can park just of the road.

Views are spectacular as you would expect with an area like this and from what we saw the area is clean and well kept. The reservoir is well worth a hike around and there are numerous places to explore around the water.

There are no recreation areas to speak of near the water and if you enjoy having a spot on your own with the exception of the odd angler or two then arriving early is probably the best way to go, we set up at around 9.00am on a Sunday during July and it was exceptionally quiet for the time of year.

There is no swimming at Embalse del Taibilla as we were advised by an official who wasn’t rude, nor was he the most friendly either, signs would help convey this rule but there are none so if you plan to go to Taibilla there is no need to pack the swimming shorts, what you will need [apparently] is a hard hat…

Overall we’d probably visit this reservoir again, altitude is over 3500ft and it would be different again during the Autumn or winter. If you’re lucky you might catch a glimpse of some mountain goats [Iberian Ibex] too as the reservoir borders with the nature reserve ‘Sierra las Cabras’.