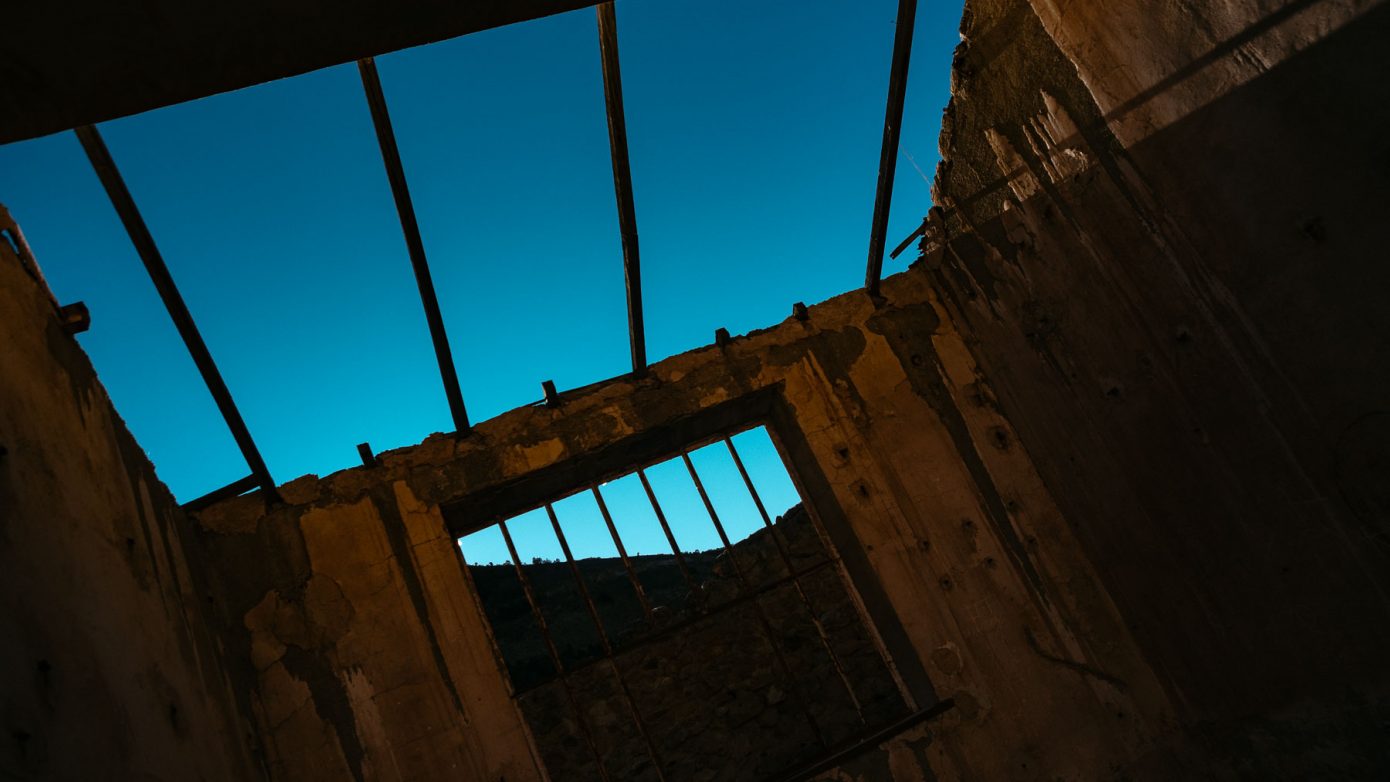 Overlanding in Spain will see you passing by many an old ruin, most are old cortijo’s in various states of abandonment, ocassionaly though you might pass an entire village which has been abandoned like Las Menas Poblado Minero in Almeria.

Positioned in the mountains of the Sierras de Los Filabres this village was one home to over 2000 people in the early 20th century, most were employed as miners however the mines closed in 1968 due to competition from north Africa and the advancement in the Industrial age leaving no work for all who lived there – the village was then abandoned as the entire population of Las Menas were forced to leave and find work elsewhere.

The first thing you pass by is the Ermita then a closed bridge, there are stone buildings dotted across the landscape on several level on the hillsides, further on you reach a campsite with a micro village on the opposite side of the road nestled in a small valley.

If you’re up for a bit of exploration then this place will not disappoint, there is a large collection of derelict stone buildings to see and photograph, a couple of information boards will have you clued up on the situation and there is also a short walk to investigate a few old mining holes in the ground.

The buildings are impressive and you can imagine how life was in this village’s hay day, a hundred years have passed since the population left and you may wonder why the buildings are in such a bad state – this was due to looting.

We were quite surprised to see that there was no barriers or warnings in place around these old structures, open doorways lead to 30 foot drops into lower floors [which no longer have floors] so if you’re taking the kids it pays to be mindful of the hazards – see the images below to get the full picture…

Las Menas Poblado Minero is an interesting place to stop off on way to the Sierras de Los Filabres, there is ample parking by the roadside and these old buildings are great for creating some images.

Check out the full route on GAIA GPS

Other locations on this route:

Have you been to any of these location whilst overlanding through Almeria? Do you know of any other ‘rutas’ in and around this area? Drop us a comment below with the details!