Mitsubishi Monteros in Spain – Battered and too Expensive 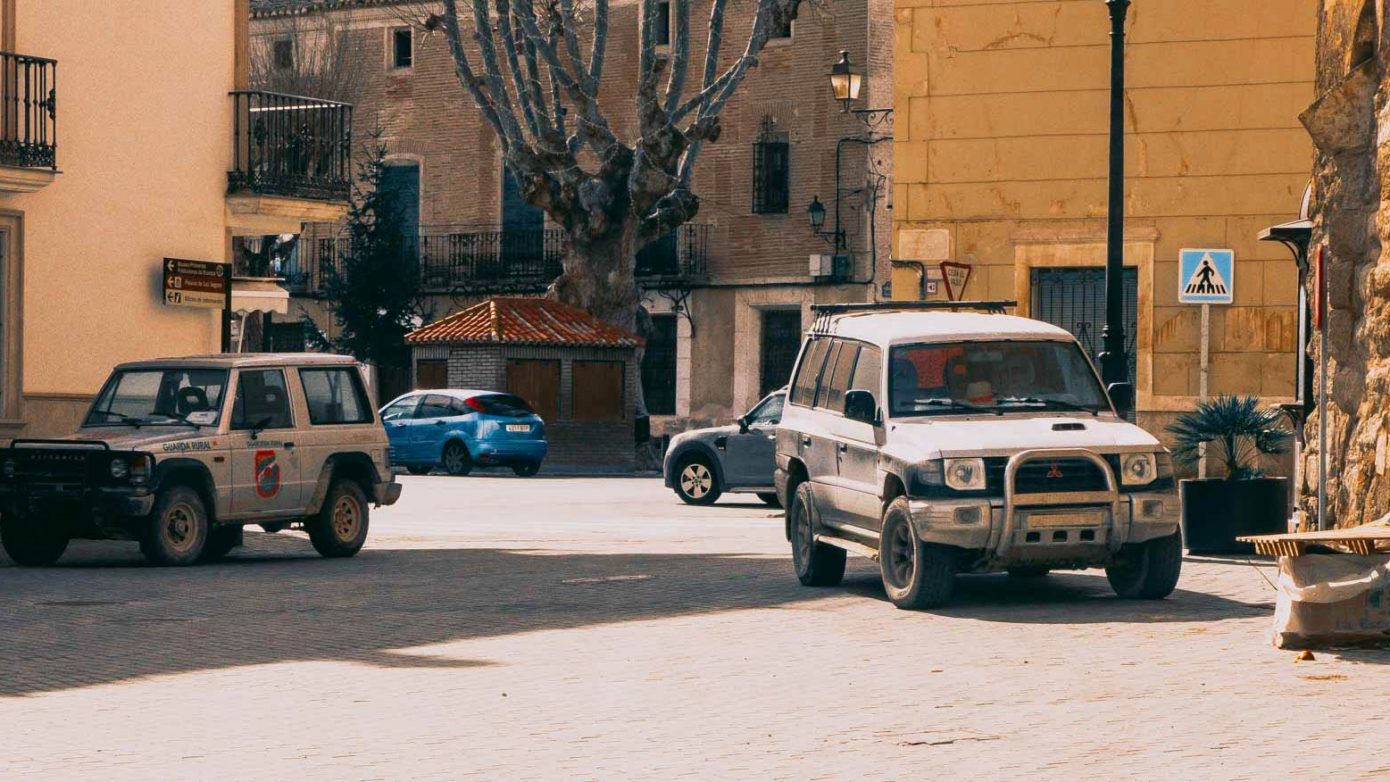 Mitsubishi Monteros in Spain – Battered and too Expensive

In Spain the Shogun or Pajero is named the Montero or ‘huntsman’.  There are a few UK Shoguns knocking around and the odd older generation Pajero import but not many. There are however healthy numbers of the Spanish version regularly seen on the roads.

In Spain [particularly rural areas] 4×4’s are generally used for the purpose they were designed for. Most are used in agricultural environments although the 4×4 lads do have some great examples for the ever popular off roading and rock crawling competitions they have here.

Second hand prices in Spain for used cars in general are astronomic and 4×4’s tend to hold their value even more. It’s difficult to get out of English mode when you see some of these vehicles as you can’t help but compare prices in the back of your mind – what is a couple of grand in the UK can be upwards of six or even seven thousand euros which, even with the exchange rate makes them at least three times the price.

Having said that when we were in the UK we never looked at car prices in other countries so I suppose it’s the curse of the expat car buyer!

What stands out are a couple of things:

A Montero over here in Spain might have 250,000 km on the clock and it will still command five grand, this equates to 155,000 miles which in the UK is regarded as pretty much spent as we have that ‘hundred thousand mile’ thing going on. A Shogun Sport with that mileage would either be dead already or not much over a grand to buy.

When researching our 4×4 choices we chose the Sport basically because we liked the vehicle, it’s capabilities – and price [hence the purchase from England] but we also read all the issues that come with this particular model including engine woes from the 2.5td.

Come to Spain and there is none of that, in fact it’s not uncommon to see these Shoguns advertised with in excess of 300,000km on the click [186,000 miles] so the potential issue for us was not a big one. Just like any vehicle, regular servicing and all that stuff will increase its longevity.

The second thing that stands out is condition, 4×4’s are used for exactly that, not like the infamous school runs in the UK and some of these Spanish Monteros are battered to bits – yet, they still command three times the price compared to the UK, in fact older Montero prices in Spain are higher than that of France, Germany, Netherlands and Belgium [all countries we considered importing from].

One reason why these old beasts last as long as they do is the climate, Spain has less humidity than that of the UK, it obviously rains less and when it does snow [every winter where we are in Granada] there is no salt put on the roads, at least not in our area so the result is less corrosion. It’s fair to say that there are not many first or second generation Shoguns or imported Pajero’s left on UK roads these days.

While the chassis might be good the bodywork leaves plenty to be desired, I have yet to see a daily driver Montero that does not have all four corners of the bumpers scraped, scratched and dented bodywork or a panel stoved in.

The thing is, ‘campo cars’ are mainly bought for agricultural purposes and in general the Spanish don’t give two hoots about what it looks like [the same can apply to normal cars but that’s a different story!] so if the vehicle gets battered it gets battered and that is that. As long as it fits the purpose it was designed for then aesthetics don’t matter – at all.

Not being materialistic about such things I suppose is commendable, after all there is more to life than a lump of steel with an engine in it, it really comes down to your point of view and ability to accept the cultural differences. The main issue that we have is that someone who has no concern about their car generally has none for yours either  ie: door bashing and walking off is pretty common, like an acceptable thing that happens all the time.

Getting back to prices and you will see that the condition of the bodywork makes little difference to what is being asked. A Montero that looks like it’s been banger racing can still set you back 4k with 250k km on the clock. On the flip side of that, find a nice example and the price is inflated to beyond daft – because it’s in great condition. The most expensive first generation Montero Sport I have seen was €15,000 euros with 65k on the clock [2003 model], very nice, low miles but fifteen grand for an eighteen year old 4×4?

Seeing how these first and second generation Monteros are treated here really is a testament to how tough these vehicles are, no rust buckets for the reasons detailed above but a hard life in the campo nontheless.  Pick up a good example from the UK and you could save a pretty packet even with import and registration but with so little to choose from as time goes on then the best choice may well be the Montero, at least know it won’t have much rust…