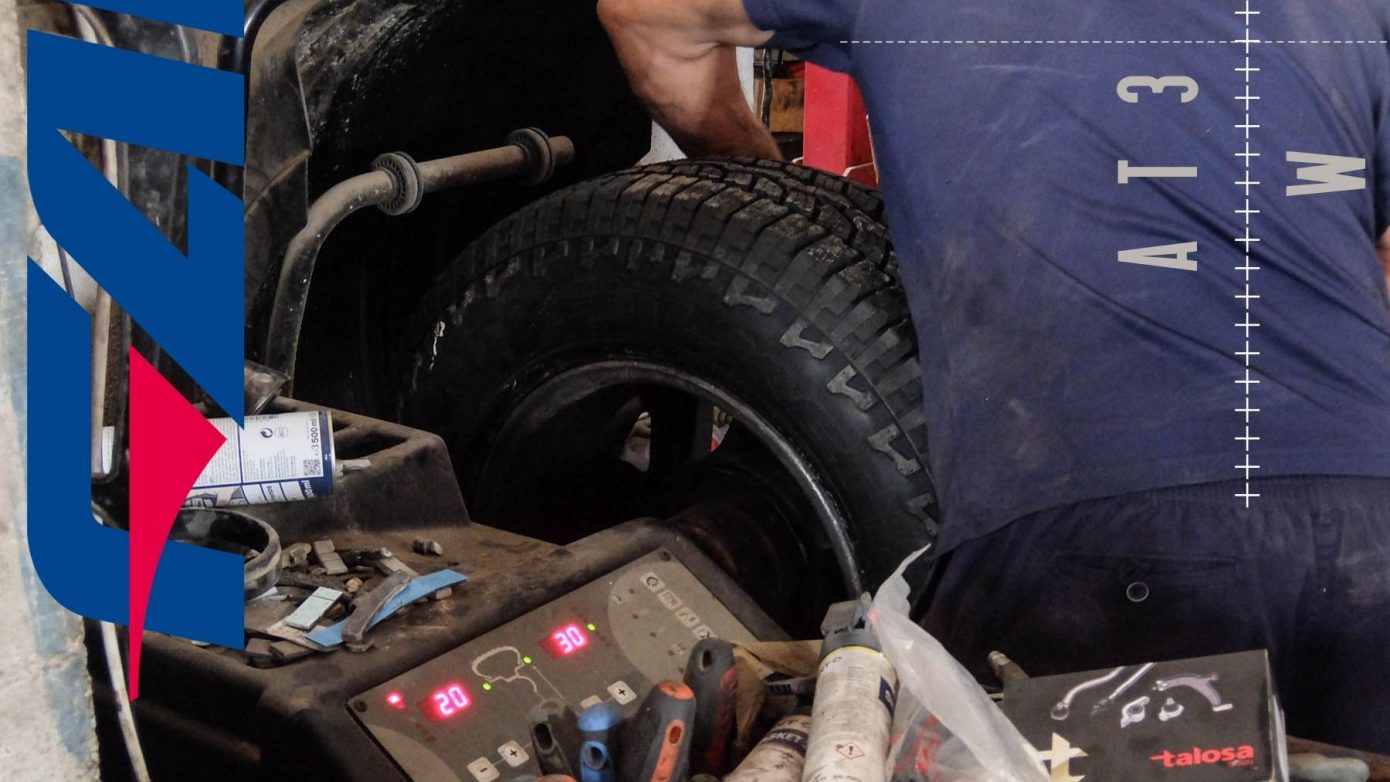 Did we need new tyres?

Strictly speaking we didn’t ‘need’ new tyres, we were managing okay on a pair of Bridgstone’s and Marshalls that were on the Shogun when we bought it. The tyres had an acceptable amount of tread remaining, the only problem was that they were the bottom end of the all terrain spectrum, not through quality but by design, they were leaning towards being more of a road tyre as a pose to a substantial and more aggressive all terrain.

New tyres had always been in the budget, the biggest problem we envisaged was getting them where we were in Spain which turned out to be true as the tyre fitter either ordered the AT01’s instead or the supplier got confused and sent the 01’s in error, this put us back nearly two weeks but hey, that’s Spain.

Why we chose Falken

The Falken Wildpeak AT3W is not the cheapest tyre in this price bracket nor is it the most expensive, tyres are a significant investment on any enthusiasts vehicle so need to be right. It was time to hit Youtube and look at the reviews. Out of the handful of brands we had singled out the Falken did get some of the better reviews although realistically, for what we do, any of them would have performed more than adequately.

It was down to appearance and we liked the aggressive look of the Falkens, the BF Goodrich was also a contender in this field but at €40.00 euros more per tyre it makes a significant price difference when you are buying a set of four.

Taking into consideration our style of overlanding and the type of weather we get 3000ft up in the Granada mountains [sometimes significant snow]choosing the Falkens made sense particularly with how well they performed in the white stuff, as said though the differences were marginal.

“The WILDPEAK A/T3W is engineered for adventure, any time and in any weather. The A/T3W combines aggressive off-road ability and rugged terrain driving without compromise on the pavement. An optimized tread design combined with a silica tread compound enable the A/T3W to excel in three areas: wear, winter, and wet performance. Designed for severe snow conditions, every A/T3W tire is qualified by USTMA and TRAC for the Three Peak Mountain Snow Flake (3PMSF) symbol. The A/T3W is packed with technology, from Falken’s patented 3D Canyon Sipes to an all-new proprietary lower sidewall. Full-depth sipes and grooves maintain consistent performance and appearance throughout the life of the tire.”

Price was a factor, in looking for a tyre that performed for around the €100 euro mark the Falken AT3’s were coming in at €120 euros, we did decide to pull the trigger, a cheaper unknown brand was available which left our mechanic scratching his head wondering why we’d go for the more expensive but after researching and reading/watching reviews the brand name made sense.

You can never go wrong with a 5 year guarantee.

Heck yes, for us the Shogun is a long term project and when stuff gets replaced it needs to be a] functional and b] look the business! Tyres are a highly visual part of the vehicle and as such need look and match all of the other changes we have made and intend to make.

The Shogun Sport with the older style front grill looks like it will eat your grandma, it is more aggressive than its face lifted cousin [pre 2007] so aggressive tyres carry on that theme, it so happens that there is a large dose of functionality in there too.

Can you tell the difference?

Absolutely, you can always feel improvement when throwing on a new set of tyres, particularly from the front as the steering generally feels lighter, in the case of the Shogun everything just felt better, lighter and more sure of itself, the ride was also improved over rougher terrain.

The biggest improvement however came on tarmac, previous to the tyre change we’d had the dreaded vibration through the steering wheel when you hit around the 60 – 65mph mark, we knew we were getting fresh tyres and fingers crossed the wheel balancing was causing the issue… With a stroke of luck it was the balancing and not track rod ends, bushes or something else mechanical so essentially we’d killed two birds with one stone. Sorted.

To finalise, we are more than happy running the Falken Wildpeak AT3W’s. The tyres are aggressive enough to look good on the Shogun, they eat up the track and are a very good tyre for the price bracket. The Wildpeaks are also double sided so you can choose which way to mount the tyres on your rims, the main difference is in the writing on the tyre wall, one side is a lot more pronounced than the other which is of course, the one to go for.