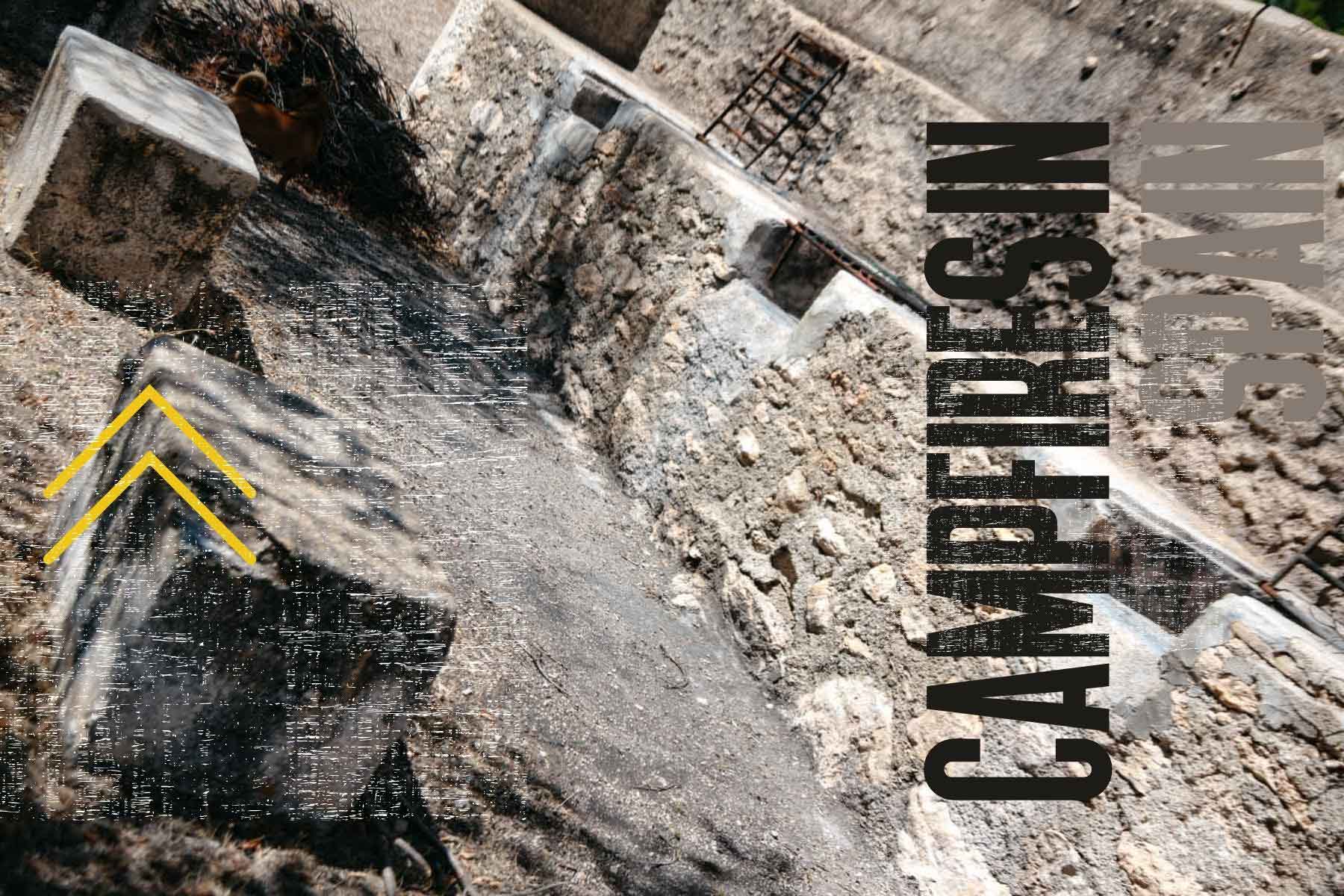 Open fires are generally prohibited in Spain between June 1 and October 15, the risk of wildfire is exceptionally high so traditional camp fires are not allowed in any circumstance.

Can I have an open fire camping in Spain? Stop off at a recreation area in Andalucia for example and you are likely to come across purpose built barbeque facilities for the general public to use. Next to these barbeques you will usually also find some signage telling you when you can and can’t light them.

The risk of fire in Spanish woodland is very high during the summer months, temperatures climb well into the 40’s and without rain for months at a time the woodland floor becomes tinder dry. Some fires are caused by lightening strikes but most are caused by negligence, a cigarette but thrown from the car window or sparks from a fire.

In 2009 a complete ban was introduced.

the ban affects the burning of natural vegetation and agricultural and forestry residues, as well as the use of fire for food preparation , which cannot be carried out in camping areas or recreational areas that are equipped for it

So when is the complete ban?

The complete ban on barbeques and camp fires in Spain runs from June 1st to October 15th, this window is regarded as the highest risk during to soaring temperatures and continuous dry weather..

Outside of the high risk dates we can barbeque using the facilities provided at recreation areas and/or use our own cooking equipment [ie a bbq] on a campsite or other designated area in accordance to their rules and guidelines.

Is it OK to use a gas stove?

There isn’t much solid information on the permitted use of gas barbeques or camping stoves outdoors in Spain online, get discovered cooking over naked flame in the woods during the high risk period and you’ll no doubt be in trouble in fact even gas barbeques are forbidden to be used from June 1 – October 15, at other times of year in a designated area you may well be okay but there is no guidance online other than obtaining permission from the local town hall.

Common sense has to be the name of the game when it comes to overlanding and cooking, the question can I have an open fire camping in Spain? needs to be answered with should you have one? If in doubt, don’t. For further clarification in your specific area you will need to gather your information from the local town hall or better still speak to the Guardia Civil or Bomberos.

How to report a wildfire in Spain

How strictly is the law enforced?

This depends heavily on the area, like many things in Spain certain aspects can be a bit hit and miss.

Spain is an expansive country and forest areas are large – impossible to patrol so illegal fires are lit regularly, evidence of these can be found in many parts of the woodland that have been lit during the more dangerous summer months. Just be careful with that BBQ…