Overland Photography Spain – Out in All Weathers 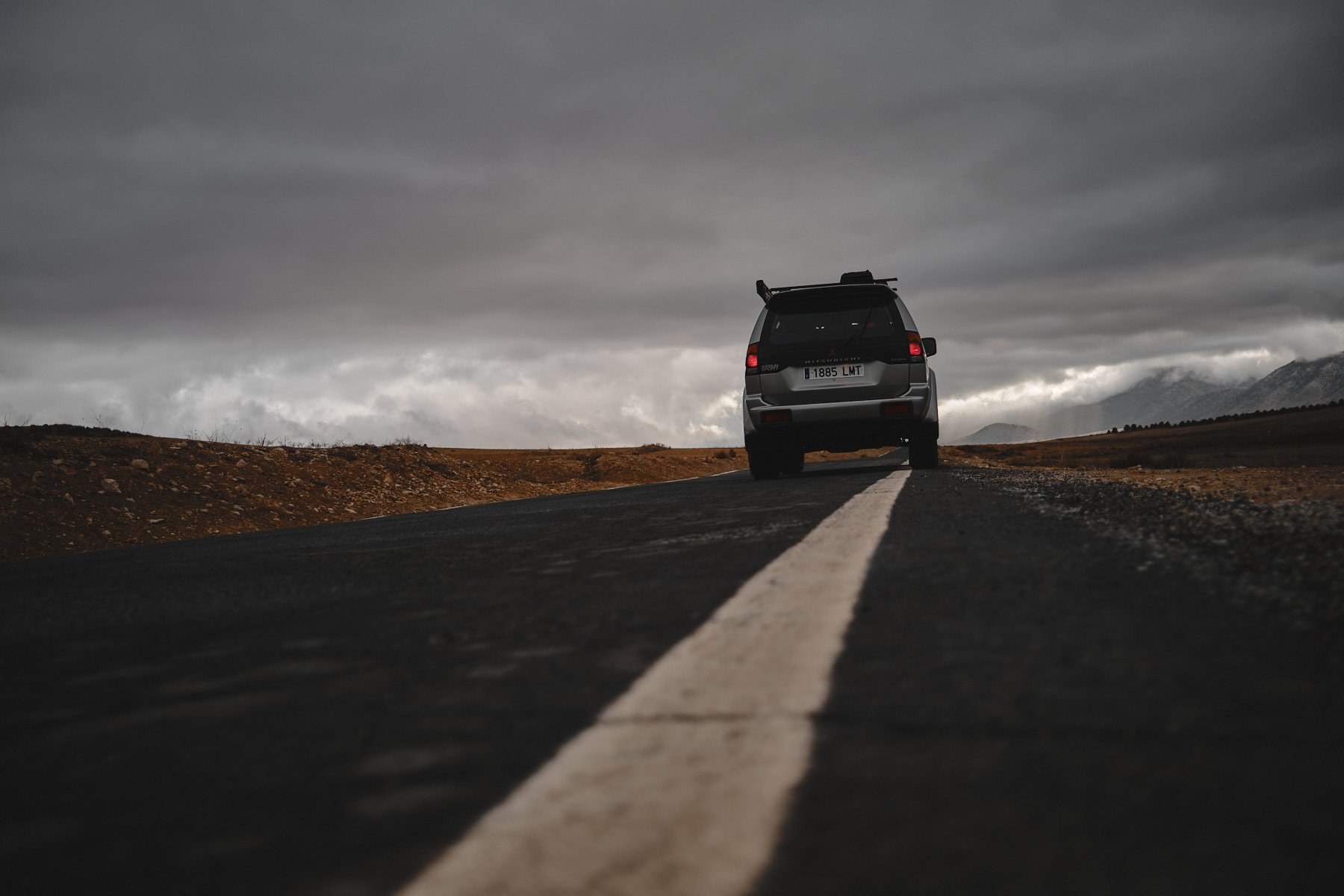 Overland Photography Spain – Out in All Weathers

Overland Photography Spain – Out in All Weathers [Granada/Almeria]

February and March are an interesting time of year for overland photography, Spain has plenty of sunshine even during the winter so although it may be bitterly cold the image may look like it was taken in the height of the summer, this is why getting out when it’s raining, overcast or just different is a great idea.

Keeping tabs on the weather does not do much good at all, being fair you may get an idea but in the mountains you tend to have your own micro-climate so the general forecast never proves anywhere near accurate [most of the time]. The best idea is to be prepared and if it looks like it might be on for a shoot that morning then be ready to leave straight away – we always pack the Shogun the night before just in case.

For the type of images we were looking to capture this particular morning golden hour didn’t come into it. It was grey, misty and as the morning began to lighten up the sky became more agressive which is just what we were after. Now clear blue sky is great, we love it but sometimes you need to go with mood – over to the dark side just to throw a different perspective on things.

After a few km on tarmac crossing the border between Granada and Almeria we headed to a favourite spot high up in the surrounding hills. The trail through the woodland was wet and the mist rolled in before you knew it, then, as quickly as it arrived it was gone again leaving that heavy damp air behind and a February chill to go with it.

This was the first time I’d had the X100v out in adverse weather and it performed very well indeed, remembering back to my days with a DSLR set up using the Fuji by comparison is way easier and much quicker, no lens changes to worry about in the damp [or to think about], open backpacks and all that ‘gear’ stuff, the X100v is a simple package and a joy to use even in conditions like this.

The weather was becoming more changeble and on the way down visibility dropped as the mist became like pea soup, a big difference from the blazing sunshine and 40+ degree temperatures. The main problem with the seasons in southern Spain is that Autumn and Spring never tend to last very long, this year has also been particularly mild [climate change?] so when weather like this comes along you have to take your chance when it arrives otherwise you may well be waiting months…