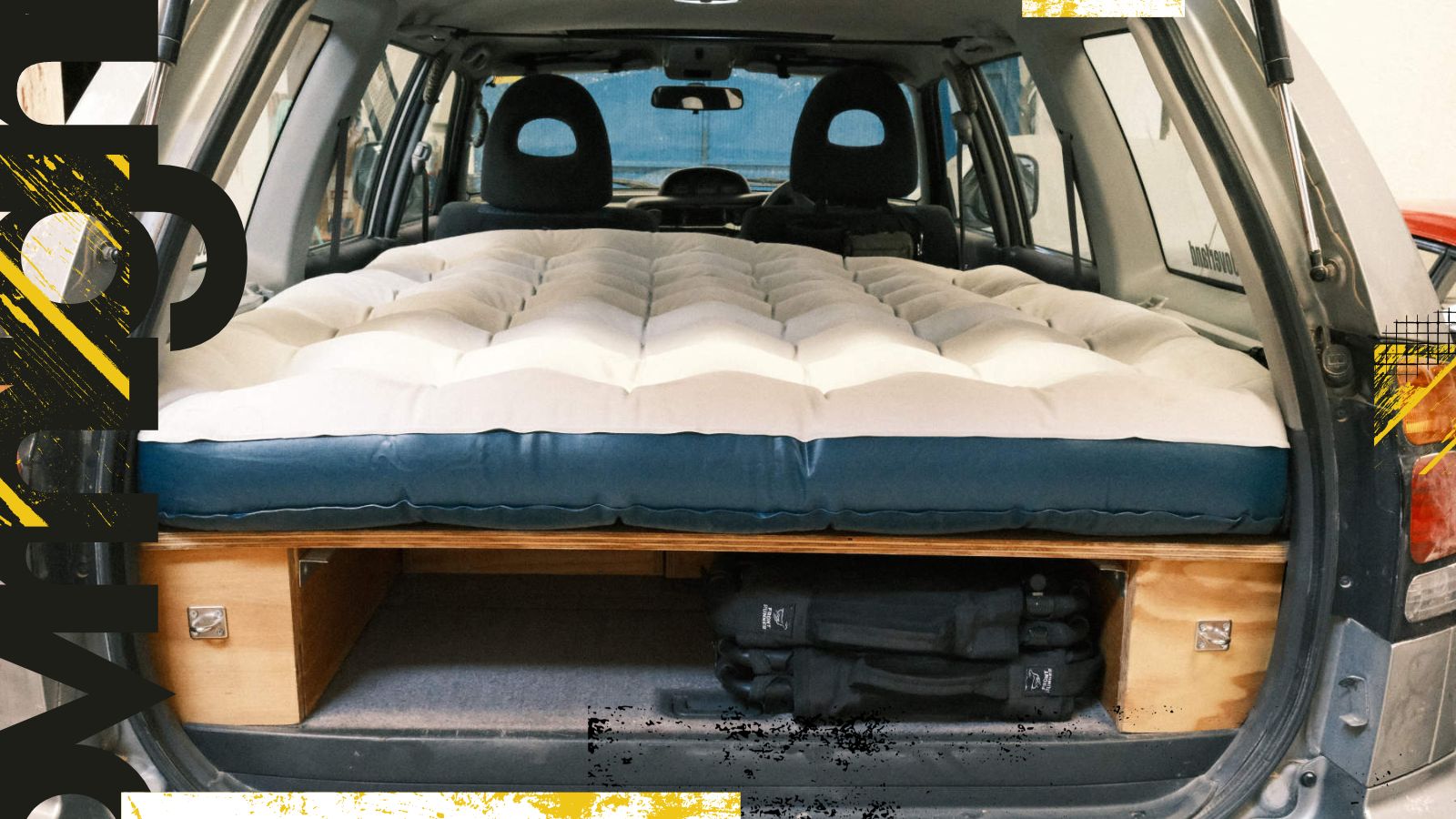 Making the Mitsubishi into a sleeper had never really been on the cards in the beginning as there were to be three of us overlanding/camping and the Shogun simply isn’t spacious enough to accommodate three people. A roof tent was out due to price and while we still do intend to invest in a good ground tent [or even swag set up] for now a simple conversion in the back of the rig is going to allow for two people to sleep.

Building a bed in the Shogun

Looking at the kitchen drawer system we already had in place [full build in this post], creating a solution for a double bed was not going to be too difficult, just a few minor modifications were required.

What made this whole thing way easier was the fact that our Shogun has the raised storage compartments in the rear which allows for the back seats to be folded down resulting in a level floor. We don’t have drawer runners either as the floor is perfectly flat. If you don’t have the two storage compartments in your vehicle then I highly recommend getting some from the breakers yard if you can as they are tremedously handy.

To make this idea work all of the woodwork had to be smoothed off to allow for movement of the drawers without snagging on any carpet. Esentially what we are doing is opening the drawers in reverse, pulling them into the vehicle instead of out, we already have the pull out table so when pushed in instead, this will act as half of the bed platform and still be supported by the drawers underneath.

Above: With the rear seats folded flat the drawers and table can be extended inside the vehicle creating a simple bed platform. The key to functionality is smoothness as we built the drawers with a very tight fit, at no point did we have a bed frame in mind at the time.

From the images above you can see that there is a lip, the bed platform is not flat and while this could be remedied with some modification for the time being we are using a thick inflatable mattress instead.

The pull out table is a very tight fit and even tighter when pushed into the car so an additional handle was cut out on the opposite end to make pulling it towards the front seats easier.

The best part about the Pajero Sport camper conversion [if you can call it that] is it’s simplicity, the bed solution was already there, it just needed a few tweaks here and there to make it work. Another advantage of the using the existing drawers is that when the bed is set up you end up with a large amount of storage space under the bed – ideal for boots, backpacks, camera gear etc.

Links on the full build:

A closer look at the drawers & under storage