Petromax FT9 Dutch Oven Review – is the investment worth it? 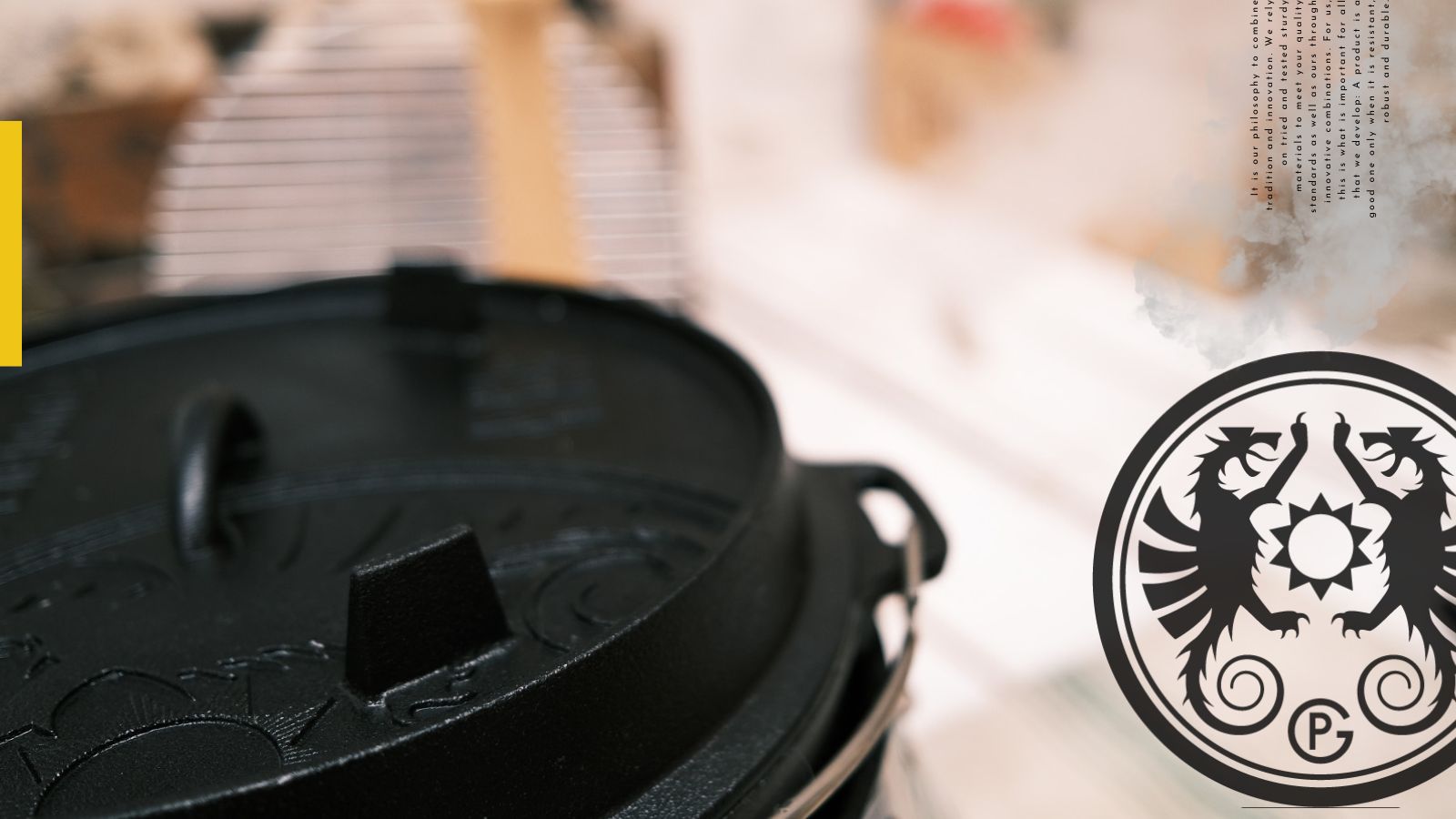 Petromax FT9 Dutch Oven Review – is the investment worth it?

Petromax FT9 dutch oven review including features, specs an what it’s like to cook with.

The Petromax FT9 Dutch oven is a heavy old piece of cast iron cookware, it feeds 8 – 14 persons and fits directly into the Atago which is ideal as it means you can cook using both together indoors and out.

After investing in the Petromax Atago we paired the purchase with the FT9 Dutch oven for general cooking and for prepping purposes – essentially is means we are are no longer reliant on gas or electricity to cook.

First up it’s a heavy box so be prepared for that. The Dutch oven arrives in it’s own Petromax branded box and is pretty well packaged. Inside you will find an instruction booklet and also a handy recipe booklet with some interesting looking food ideas, you will also get an ‘I am dragon’ sticker which went straight onto the side of our cooler [you know overlanders love stickers!]

We knew we wanted something big that had to fit the Atago so the choice was either the FT6 or the FT9, the Ft9 is identical in every respect to the FT6 with the exception that it is deeper. When you pull the Dutch oven from the box it’s impressive for sure, just make sure you’ve got your measurements right for waht you need as it’s a big unit.

Look closely and you will notice that the cast iron already has what looks like a film of oil on it. Petromax pre season their cast iron Dutch ovens so you don’t have to:

The pre-treated surface (seasoned finish) makes a first seasoning unnecessary, and the sturdy Dutch oven can be used right away. In the open air, it is used on an open fire or with charcoal and briquettes.

We seasoned ours anyway, it does not do any harm and we’re ready to start cooking.

We chose our Dutch oven without legs, for us it isn’t a specific piece of kit for overlanding and will be used in the home too, it’s an all rounder if you like. Being cast iron does mean that it can be used outdoors on the open fire, in/on the Atago as well as hung over flame, buried in coals, you name it. One it’s best features without a doubt is its flexibility.

We’ve been using Le Creuset pans for over 25 years and they are brilliant for the home kitchen, the Petromax gear is less refined, it’s more hard core outdoor open fire cookware which from a prepping perspecive makes it perfect if the grid goes down and gas becomes impossibly expensive. For us it’s wood fired cooking at every opporunity.

The lid boasts a lip around the circumference which prevents any coals you’ve placed on top from falling in when you remove the lid. The lid is also large with a capacity of 1.5L you can turn it upside down and use for a number of cooking methods the most obvious being frying.

Cooking our first meal on the FT9

So you have test out your new gear right? Most homes in rural Andalucia have a bread oven of some description or a large open fire, we however live in a warehouse and while we’ve cooked on woodburners before it’s not ideal as the versions over here have little regulation for heat, tend to burn and stink the place out.

Our warehouse setup involves an interior build and the rest is floorspace, like a back yard but under cover. Cooking out here is hardly the outdoors but it is undercover and it has its advantages. A few bricks and pallets in the corner provide a platform on which to cook [see video].

The first meal we prepped was a pork casserole, compared to the hundreds of recipes we made and published for our old business this one is simple – nothing complicated until we get used to the gear with fuel types and heat distribution. Frying off the garlic and searing the meat was a doddle then everything else went in.

The weight of this Dutch oven when full cannot be underestimated.

The mistake we made: This is actually more about the Atago than the pot but we put too much charcoal in the Atago which generated a lot of heat for a longer time than expected. As such the casserole began to stick so needed a quick rescue. Other than that it worked perfectly – the combination of the Atago and the cast iron Dutch oven is spot on especially with the FT9 / FT6.

2 hours later the contents were still just about hot enough to eat without having to reheat.

We didn’t place coals on the Dutch oven lid this time, instead just stirring but the stew was cooked and piping hot in around 2 hours which isn’t bad for 2kg of meat plus all the veg. We were cooked through way earier than we thought so let the Dutch oven rest, 2 hours later the contents were still just about hot enough to eat without having to reheat.

How well does the FT9 fit the Petromax Atago?

The Petromax FT9 Dutch oven fits the Atago well, it’s not like a glove due to design features and airflow requirements but yes, it fits very well. One thing you will notice is that when you place the pot in the Atago is that the rim of the Atago will ‘flex’ slightly under the weight of the pot, everything remains solid however and an element of flex in this case is probably a good thing.

If I’m being picky the biggest issue I noticed was the pot not sitting level in the Atago, this is nothing to do with the fitting in general but the charcoal underneath, if it’s too high or if you have a large piece in there it may affect how level your Dutch oven will be until it burns off, this does not affect the cooking and is probably only applicable to the FT9 as it is deeper than the FT6.

Is the investment worth it?

There is no getting away from fact that the investment is big, a Petromax FT9 Dutch oven will set you back €90,00+ euros although there are some deals out there from time to time – be careful of delivery as these items are heavy.

A cast iron cooking solution is that though – an investment, look after it and it will look after you, there is a reason you can still find cast iron pots and pans that are decades old at farm and yard sales, they last a long time and are tough.

You have the flexibility to cook both indoors and out, you’re not reliant on gas or electricity which in today’s world is probably a good thing, as long as you have an accessible supply of wood then can always cook.

The negative of all cast iron cookware is weight, there is always a trade off and the bigger cookware you get the heavier it is going to be. This does need to be a consideration, compared to standard cookware we find that the advantages far exceed the weight issue.

Are you using Petromax or other cast iron cookware and if so how do you rate it and do you use it for overlanding/camping?