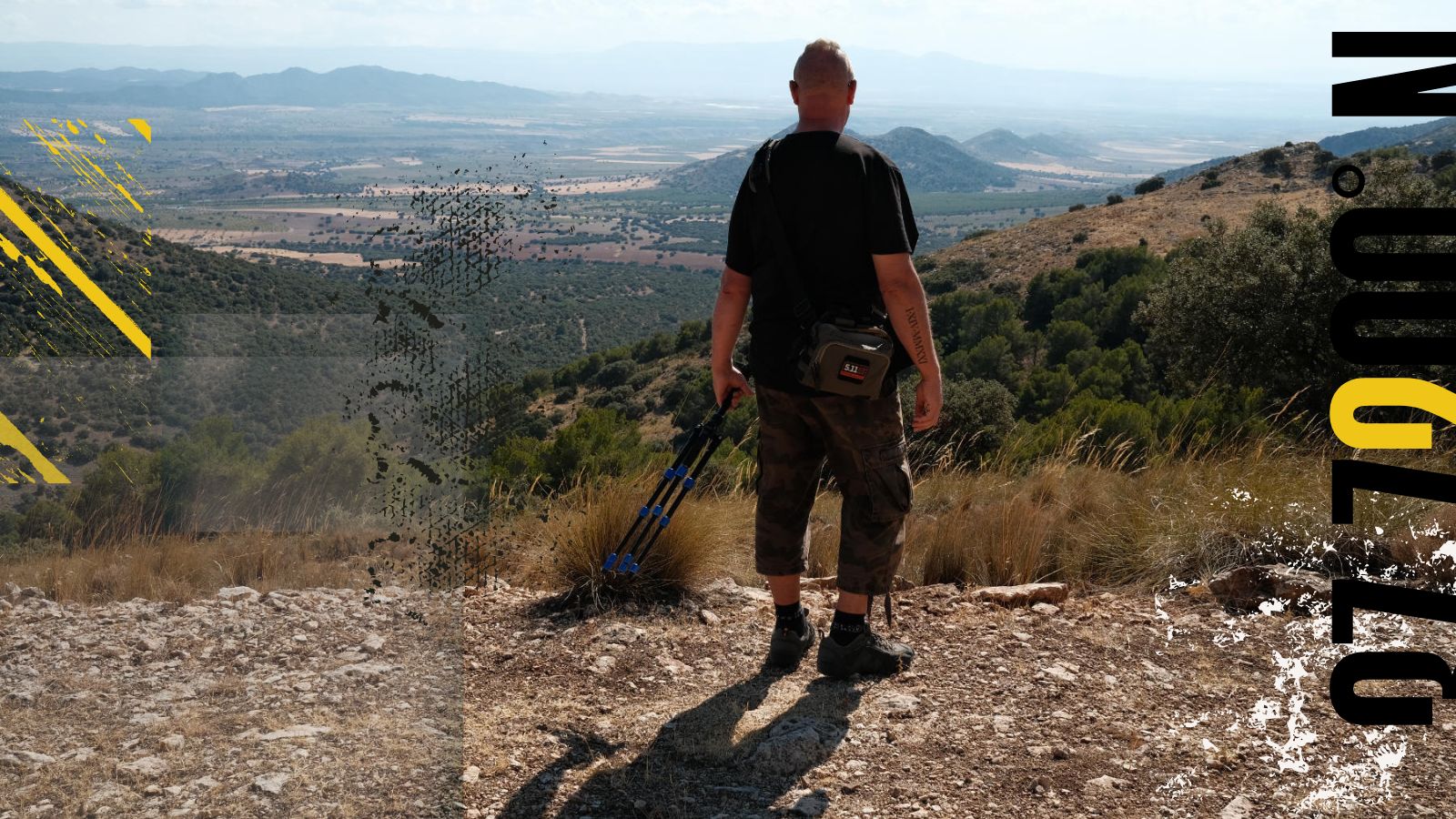 It’s fair to say that the treatment received from the Spanish health service began to rapidly fall apart as soon as we’d left the hospital in Granada. One of the most important things [to my mind anyway] was physio, getting the strength and flex built back up in the arm and leg. While I recieved some outstanding physio in Granada hospital with some highly impressive facilities my physio stopped stone dead as soon as I returned home.

In fact to this day four months on I still have no appointement for physio or internal medicine from our hospital, the appointments were made in front us while we waited so they are coming – it’s just a question of when / or even if it will be this year. Not much good on the physio front and in fact not much point starting anything this far on particularly as I have my own regime in place however right or wrong that may be.

Our local GP insisted that he couldn’t make the appointments, apparently we had to do it, in person at the hospital which is 45km away.

Getting the appointments made was difficult and was to be the first hurdle of many in my supposed stroke aftercare. Our local GP insisted that he couldn’t make the appointments, apparently we had to do it, in person at the hospital which is 45km away. So a 90km round trip and waiting for how long? In two different departments? No thanks.

Fortunately the next time we went to get this dealt with there was a younger doctor standing in who had much more about him – took him 5 minutes on the computer and the appointment were made.

For someone who can get a little heated at laziness and incompetence, fobbing me off to a 90km round trip and all manner of hassle does not do my blood pressure much good at all. Nowadays I make a concerted effort to chill in such situations which, if we are honest here, should never arise in the first place.

The point came a good few weeks before the writing of this post, when I knew that I had to ramp up my game as far as exercise was concerened. My leg feels way better after it’s had a workout and we’re not just talking about steps and squats here – walking 2km [which is still a challenge] and climbing up hills are what is doing it for me at the moment.

It’s a rough and ready approach I know but it’s all I have that I can do on top of the usual morning indoor exercises. The thing is I am reminded of what happened every time I stand up or take a step. After a hard workout or simply walking outdoors for a day doing moderate work or exercise, the leg feels good, 95% back to normal and that is what I am striving to achieve otherwise it feels weak and I am more concious of my limp.

You can check out our wild camp in this post, a 24 hour stint outdoors in nature and no creature comforts like sofas… By the time I got home I felt great, I even forgot about the leg, the limp and the lack of strength because after a day walking and hiking up hills it did the trick, all of that was gone.

Post stroke strength recovery slows down as time goes on, you notice the most significant improvements during the early days as your body and brain do their thing. From the 12 – 14 week mark I have noticed that improvements are less noticeable but they are there, expecially when you push a little bit harder.

Some people continue to see differences well after a year and beyond and while improvements are in smaller bite size pieces they are no less significant. Time is a great healer both mentally and physically.

Leading with the weaker leg is something I do with every step I can, especially over the bigger rocks where you need to heave your whole body up, you don’t get this kind of workout on the stairs at home! You also have to be more alert, watching your feet, so it’s no simple ‘walk in the park’ as they say.

Knowing when to take a break is crucial, overdoing it does not do any good at all so it’s little by little. Yes it’s slower than it would have been before but it’s progress – every step is progress, working toward a final goal where such a hike becomes ‘natural’, where the thought process of walking becomes unoticed and you just ‘do it’.

People in my house are used to walking into a room to find me standing on one leg, I try to stand on my weaker leg for at least 60 seconds three times a day. It’s tougher than it sounds but balance, although way better than it was, is still a problem. By standing on one leg you give your foot a workout too, it’s amazing how much movement is created and how your foot muscles compensate to give you balance. By comparison my weaker foot is more like a brick compared to the other although it is improving.

One thing I have noticed since coming home is that sometimes when I am talking about a longer more complex subject I suddenly stop dead right in the middle. I can’t remember what I was saying mid flow and have to wait until it comes back to me, eventually it does but it’s like it disappears for a while.

Keeping active helps, it’s part of the recovery process as a whole but I have also started playing chess with my youngest son, two games is enough at the moment and it’s harder work than it used to be which for me shows that it’s worth doing, it certainly can’t do any harm. Diet is also playing its part, Gayle is a superstar when it comes to a healthy diet these days which is crucially important also. [Check out the F**ked up Porridge blog]

Spasticity is an increase in muscle stiffness and can affect post stroke strength recovery, it effects stroke survivors more on the younger side [hey, I’m only 48] and is noticable in the first year ranging from mild to severe. In my case the calf is affected so I’m doing stretches up against the car or the nearest tree every chance I get…

The stiffness, although mild can be felt pretty much all of the time particularly when I’ve done little or no exercise, if left it can result in muscle shortening so being aware of it is important. Stairs need concentration to navigate but just coming down – going up is fine, essentially the looser I am having been active, the less stiffness there is.

Post stroke strength recovery needs a plan, sometimes it’s difficult to get motivated especially if you’re in the house which is why I like to get outside. Navigating your way around different trails on foot keeps the brain active too where the gym or at home can become a bit mundane after a certain period of time.

Being outdoors switches things up significantly, the overland side of things comes into it because the Shogun takes us to isolated places not just to wild camp but also to challenging terrain like rocky trails up hills and woodland. For me this acts as a motivator as it’s not just one purpose. Exercising in the house is just that, whereas driving to a location includes overlanding, camping, walking, hiking and fresh air as well as peace and relaxation all thrown into the mix, it’s brilliant and advantageous.

Overlanding continues to play a very important role in what I am trying to acheive in the recovery process.

To be honest I have never done this much exercise or been this active in a long time – like years, which is probably one contributing factor to having a stroke in the first place. Being this active has required a different approach, beforehand it was all work, work, work, no time for walks or hikes etc. Overlanding continues to play a very important role in what I am trying to acheive in the recovery process.

If you’ve had a stroke then you’ve been through the wringer, when I realised that I would have to do a large amount of walking and hiking I decided to invest in a decent pair of boots – the most expensive pair of boots I’ve ever owned in fact. You deserve a motivator, something just to give you that small piece of get up and go, to make it that little bit more enjoyable, that little extra to look forward to. Every little helps so why not.

The main thing to draw from this I suppose is that waiting is no good, I have no doubt that my stroke aftercare here in Spain is on it’s way in some shape or form and I understand that national health systems everywhere are all under tremendous pressure. The big question is what will you do in the meantime?

With little to zero communication and endless waiting lists I had to create my own exercise plan, I still do what the physiotherapists recommended in the hospital but when you need more, when you need to push it’s a good idea to hit the web, see what others are doing, get inspired and go from there.

This post has been about what I do and what I personally find helpful. You may be completely different, every stroke is different both in affect and severity. I was lucky and remember that every morning I wake up.