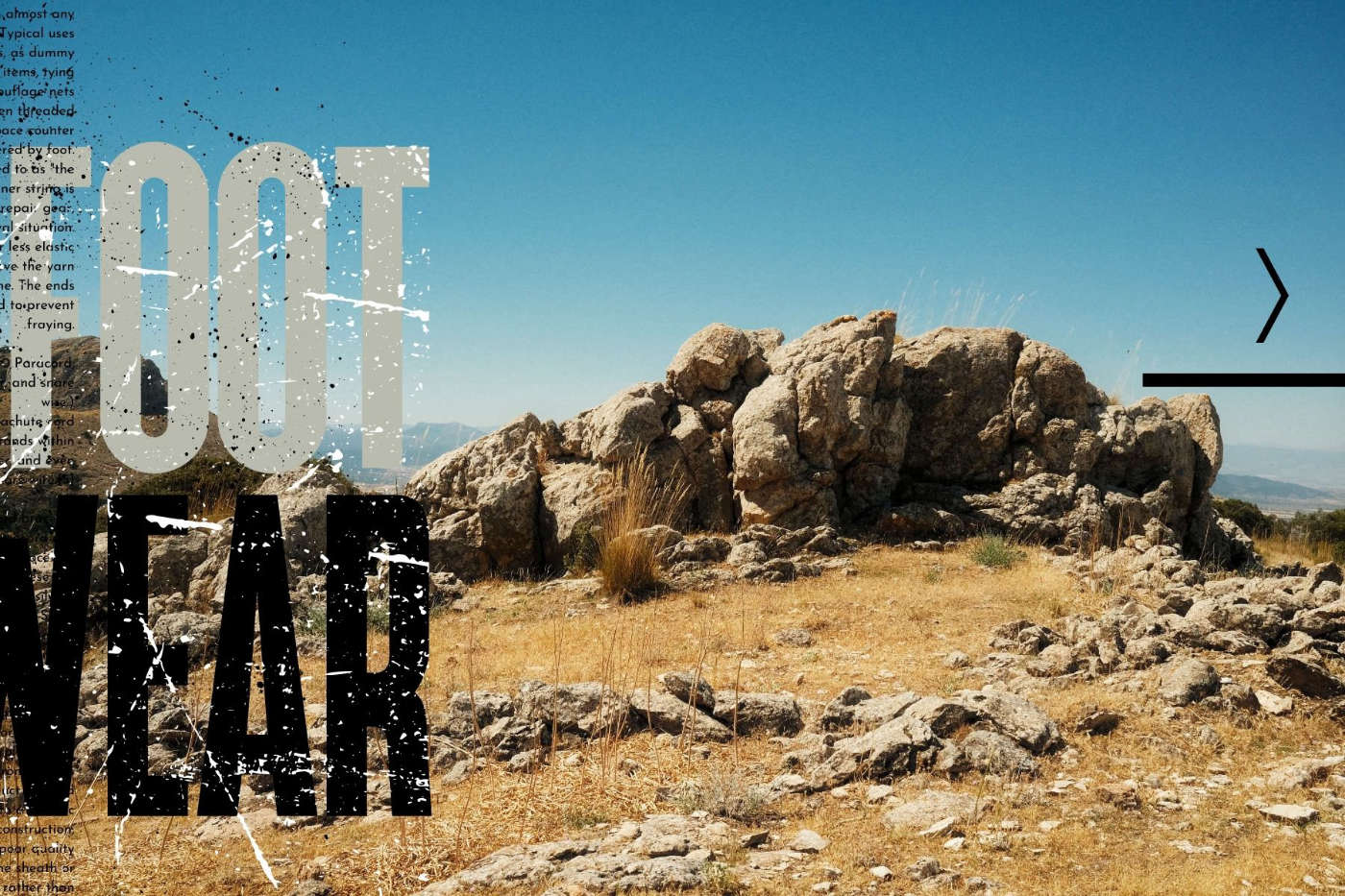 Researching hiking boots and making a final choice can be a lengthy process and one you need to get right especially when you are buying online. Here are eight hiking boots that made our shortlist for around or just over €100.00

Okay, so this isn’t the ‘Top 10 Best Hiking Boots’ or anything like that, it’s a short list of hiking boots which for me needed to be on or around the €100 mark, budget boots if you like. The aim was to try and get something I liked [obviously] and get the best boot for the money.

I took a lot of time seeking out individual boot reviews as well as shopping/comparing prices etc and to be honest, by the end it became confusing and made me realise just how much utter nonsense is clogging up the internet. For example I came across one outdoor site that had features from Oboz boots mixed into Keens – a copy and paste job gone wrong so it shows you can’t take supposidly reputable reviews at face value.

One big issue I found were rip-off sites, websites that had been set up to look like the manufacturer’s selling boots at very low prices. Three of the brands listed on this page were affected. Sadly the knock on effect of this is that reviews are no longer trustworthy and brand reputation is heavily tarnished, people buy from the dodgy site and leave reviews on the likes of Trustpilot accordingly for not receiving their order, footwear falling apart, quality issues etc, all things to take into consideration, shouldn’t have to but hey, sign of the times.

Merrel footware has a solid reputation within it’s price bracket, I already own a pair of Merrel Interceptors which are probably the most comfortable shoes I’ve ever had on my feet. The Moab 2 was a strong contender coming in at under €100 although I did have to look hard for that price. The biggest issue with the Merrels is that the prices have shot up recently quite considerably making them less of a more budget friendly boot.

The Merral Moab 3 ventilator is the latest design and there is no doubt that it’s an attractive boot. The GTX is well out of my €100 euro budget but deals can be found on the ‘vent’ variant for a shade over a hundred euros, a strong contender with good reviews both Merrels offer pretty much everything you need in a hiking boot providing you’re content with the characteristics which are less stability/more flex and a lower cut than most for a ‘mid’ boot.

Keens, big following and great looking boots with the ‘Targhee lll’ being the headliner. This boot was always on the shortlist from the beginning, my experience with the brand has been good having owned a pair of Newport’s for three years, they get minimal use in the summer months and have held up well.

Looking into Keen reviews though and you have quite a few people raising quality and longevity issues – many with the soles coming away from the boot as detailed in several online videos. Having said that and as with all reviews you get the negative ones because people make a point of it intentionaly, how many good durable boots are there out there that nobody writes glowing reviews for because there is nothing to complain about?

OBOZ, my wife owns a pair of OBOZ walking shoes and loves them, the ‘Bridger’ has had very good reviews particularly when it comes to durability. I liked the look of this boot from the get go but with a leather upper it was going to be just a bit too stiff for my persoanl taste, there was another alternative from the OBOZ stable though and that was the Sawtooth ll.

More flexible than the ‘Bridger’ the Sawtooth ll is also a pretty steady boot, well built and with good reviews, in fact there are a few videos online where this boot has gone head to head with other brands on this page and won hands down every time. The problem I had with OBOZ was clarifying wether a website was genuine and overall availability online in Spain.

Reputable brand with some very good boots in their line up, the X ultra being a great option at its price point. This model had good reviews in the main and a tactical look about them which I like, having had two pairs of Salomon walking shoes before in the past though durability had always proved to be an issue for me with my last pair being undersized and only lasting five months.

Last on the list wer North Face, a brand that has been around for a lot of years, the gear is good, I have a NF waterproof jacket and it’s the business. At this point I was beginning to consider more the realities of owning black boots, like the Salomons above the Hedgehog’s were not going to stay black very long at all in the Spanish dust. I am forever cleaning my Merrel’s which are black too so a more forgiving colour was perhaps more of a serious consideration.

If I’d still been in the UK which has a different climate alltogether then the deal on these North Face boots would have been a no brainer.

Lowa boots are made in Europe [Germany, Italy & Slovakia] which for me is a plus point all day long, you know the standards are going to be there and be consistent especially when it comes to a more expensive brand.

I’d heard of Lowa boots before and the Zephyr looked like it was worth further investigation. I couldn’t find any negative reviews about this boot or the company but there boots were over budget – by a lot! The goretex version are €140.00 at the very best price [anywhere], usually €160+ and the non gortex are almost impossible to find although more wallet friendly at €130 if you can.

What to watch out for researching hiking boots

Fake websites, unortunately buying online is becoming more of a risky process with every day that goes by, in fact, by the time I’d finished I thought that half the online world was trying to fleece me out of my hard earned cash.

Three of the brands on this page had fake websites with unscrupulous low lives trying to con you out of money. I contacted all three manufacturers asking for clarification [some sites are very convincing] below is the response from LOWA, who incidently was the only company who replied…

Lowa USA, sen us your request about the website  xxxxxxxxx.com We can confirm you that is a fake website. We are having some issues with webs like this, and we are trying to close al lof them but it’s a slow process.

If you want to buy any lowa boots, i can let you know some trust webs in spain to do it:

Designing websites for a living kind of puts you at an advantage when it comes to spotting websites that are not honest, there is always something ‘not quite right’ about them but it is very easy to understand why people would use them, as always though if it’s too good to be true then it probably is – in this case cleverly priced footware, cheap but not quite suspiciously cheap.

Anyway, there you go, another sign of the times, it’s getting more and more difficult to find good, honest independent retailers online, most are getting swamped in the SERPS by the giants like Amazon, Chinese wholesalers and scammers. The internet is a place where you need your wits about you from the get go, sadly not everyone adopts this approach.

Sometimes you need to go over budget, you only live once and I was going to be doing much more walking after the stroke. The LOWA’s made sense, more durable, better reviews and the right colour for our dusty environment. The characteristics of the boots ticked all the boxes and while many of these points were marginal in comparison to others it is also worth bearing in mind that LOWA was the only brand to get back to me having emailed them – small detais like this make all the difference, clearly the other two couldn’t be bothered so they were off the list.

Finding the Lowa’s was not an easy task, a few online retailers still had them but getting the 11.5 I needed in the right colour at the right price in Spain… The newer model of the Zephyr looked the business but at €179.00 a pair they were too much, a good deal on the originals in a dust friendly ‘Coyote’ mix of beige was a good find.

Will there be a review on the Lowa Zephyr GTX? Absolutely and a revisit a few months down the line too, the boot is an older one and there some great reviews out there already but not too many in English so I’ll give them a page and some pics which may hopefull help someone in making their decision.