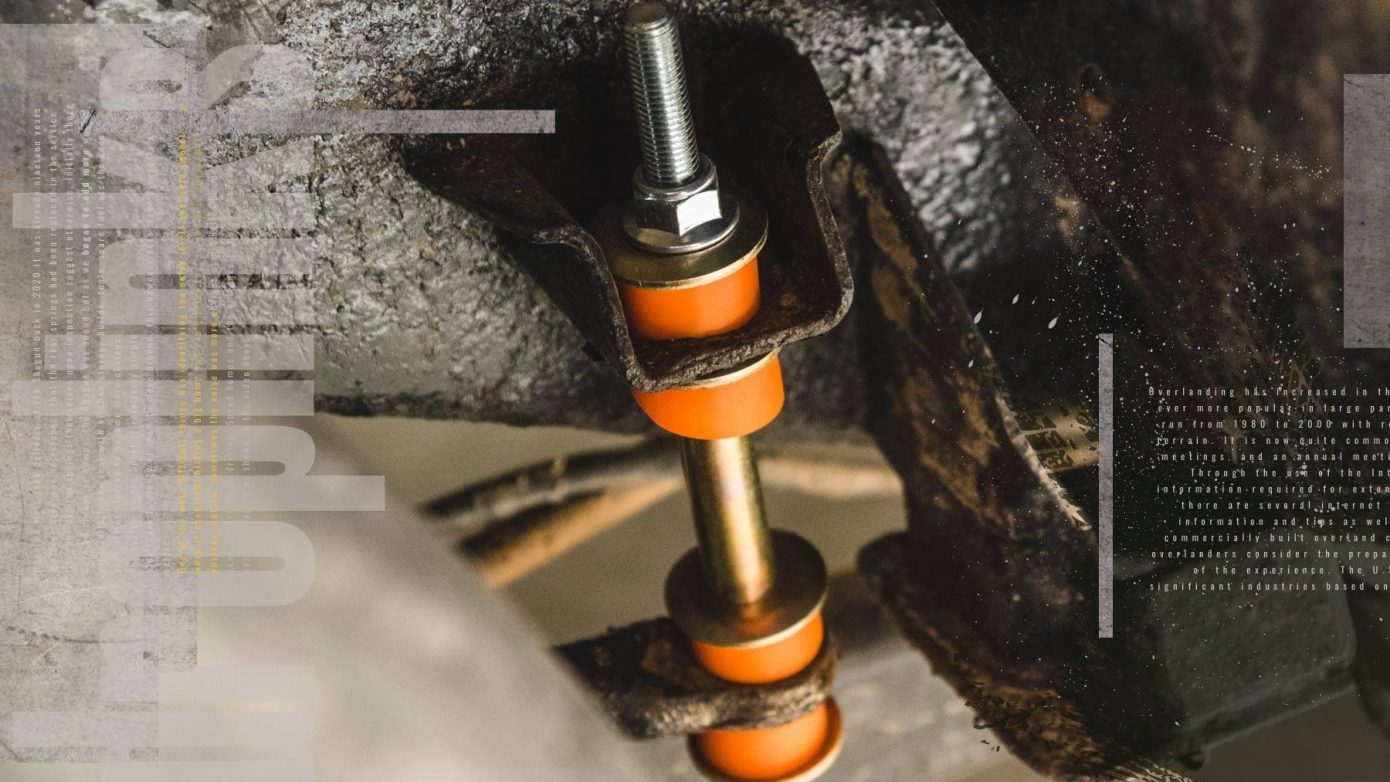 Fitting Shogun 2.5td anti roll bar links [and why it is important to check your vehicle after it’s been in the garage for work]

The Shogun 2.5td anti roll bar links are easy job in principle, the major stumbling block if you are looking to swap these out/change the bushes is rust – especially if your Shogun/Montero/Pajero Sport has spent it’s life driving on UK salted roads in the winter.

Having bought the ARB link kit we thought we’d give the job a bash ourselves until we quickly discovered that both sides had seized and they would more than likely need cutting off.

This did indeed turn out to be what happened, having tried various liquid and heat methods our mechanic could not get anything loose so out came the grinder, not an issue as the bolts are included in the kit so there are no other parts to source.

Getting the Shogun back out on the road with new springs, ARB bushes and ARB links made a significant difference to the ride however after pulling the beast back into our warehouse we noticed one side was sitting lower than the other, the tape measure came out and the difference turned out to be 1.5cm, not much but enough to notice a larger gap between the tyre and the wheel arch on one side.

It was while we were down there measuring up that we noticed a real shocker – spot the difference:

I can’t get my head around this at all, for whatever reason the bushes were fitted [left] incorrectly with the upper bush serving no purpose at all leaving metal on metal [inner sleeve] which for any suspension component is bad news.

Check out the work

Obviously anything internal is not going to practical but if you’ve had work done where it’s visible it is worth inspecting – just in case. I think most of us overlanders do this anyway as we like to know what’s what when it comes to our 4×4’s, not just getting it in the garage and it getting fixed like a bog standard every day driver.

OK, so we had it easy, the donkey work had been done and all that was left was to disassemble the links and get everything in the right order, the other side was also had the washers the wrong way so we had to work on both sides.

As you can see there is a particular order in which things go, the main thing to remember is to put the washers and bushes over the bolt as you go, if you need a photo, use one, we kept referring to an image to make sure it was right. [there are also a handful for Youtube videos detailing the fit]

For the eagle eyed amongst you, you may have noticed that there is an old washer in there [second from the top]. The Shogun ARB kit only came with four washers and there were five originally fitted so we retained an old one to keep the configuration as it had been.

And there we go, all done, you don’t really expect to have to reassemble something like fresh out of the garage but it pays to keep and eye on things just in case. As for the difference in height, changing the configuration of the assembly did raise one side slightly but the difference is still there, that however is for another day.