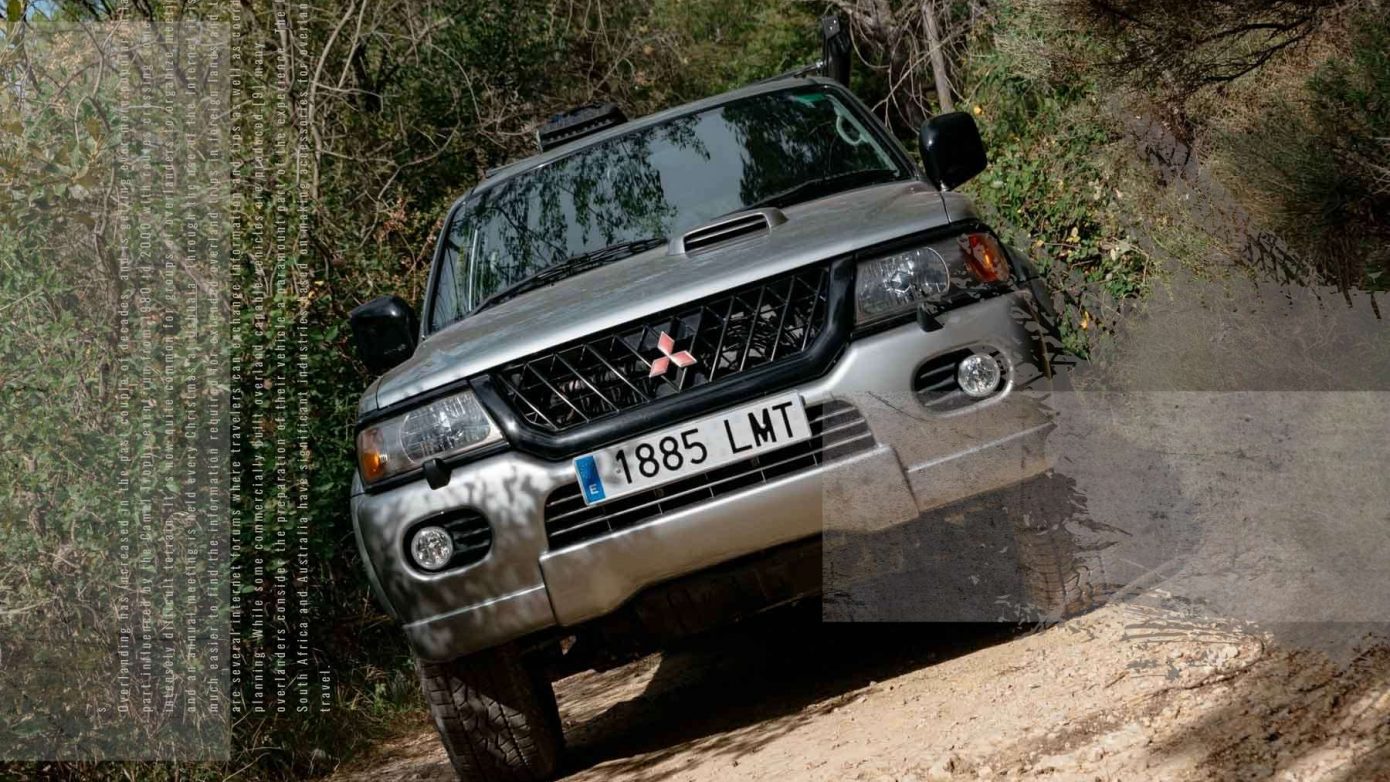 Identifying a knock or other noise coming from the back end of a 4×4 is a notoriously hit and miss process, there are dozens of components and moving parts that make up the suspension set up on the rear of a any vehicle which make it difficult to diagnose.

When we first took delivery of the Shogun back in 2020 it was already nineteen years old and there was no evidence that the rear springs had been replaced in the service file, nor did the springs themselves upon inspection suggest otherwise. Initially there were no creaks or bumps, the Shogun was sound but as we began to add more weight, especially in the rear with kitchen storage builds, tools, spare fuel etc the knocks and rattles started to become more obvious.

The system on the Sport is relatively simple plus there is plenty of room to move around, this however does make diagnosis any easier.

One of the most difficult things was identifying the noise itself and more importantly when it occurred, hitting a big bump and you’d think that it would be worse/more obvious, not so, sometimes the noise was more obvious over smaller bumps and general dirt track driving. Speed humps and the entrance to our warehouse were the best indicators as shown in the video above.

Getting underneath revealed very little however there was one tell tale sign by way of a ‘spot’ on the rear section of the exhaust, it was hitting the axle and as a result the pipe that connects to the silencer was coming loose or at least has an element of flex that should not be there.

We drove our mechanic up and down the road and at first he couldn’t hear anything but when we stopped and he vanished without trace under the back end with the exception of four fingers on the bumper he concluded [after bouncing the back end] that the exhaust pipe was the culprit but the car was also sitting low.

To make what appears to be a simple diagnosis more complex there is also a ‘bump’ that happens at the same time, [like back is bottoming out] this is accompanied by what can only be described as a squeaking spring sound.

The bump stops that attach to the chassis inside the rear springs are shot to bits, 20+ years of being exposed to the elements have rendered them useless, in fact both have fallen off and are bouncing around inside the spring attached to nothing.

According to the mechanic even when fitted these serve no purpose as the the springs never compress that far – we beg to differ otherwise Mitsubishi wouldn’t have fitted them.

After 20 odd years the springs won’t be in tip top condition, coupled with the weight we are adding a new pair will be required. We are also fitting new bump stops plus anti roll bar bushes seeing as we’ll be in there anyway.

Hopefully this will eradicate the problem however it may still be the exhaust that is the culprit – or at least half the culprit, it might even be something as simple as the rubber exhaust hangers it’s just a process of elimination.

Initially we decided on reinforced springs for the back but having scoured the internet we could not find any in Spain at all, even standard springs were difficult and pricey so we ended up sourcing the springs from Germany.

For anyone looking to replace their rear bump stops then we recommend Mitzybitz in the UK, the brand they have is Febest [product code: MSS0158] which are well known. These bump stops are as rare as hens teeth and command an inflated price if you can find them anywhere else, we’ve seen them for over €100 euros a pair. Mitzybitz were the most reasonable by far.

At the time of writing we are waiting for the springs to arrive – stay tuned for further updates.