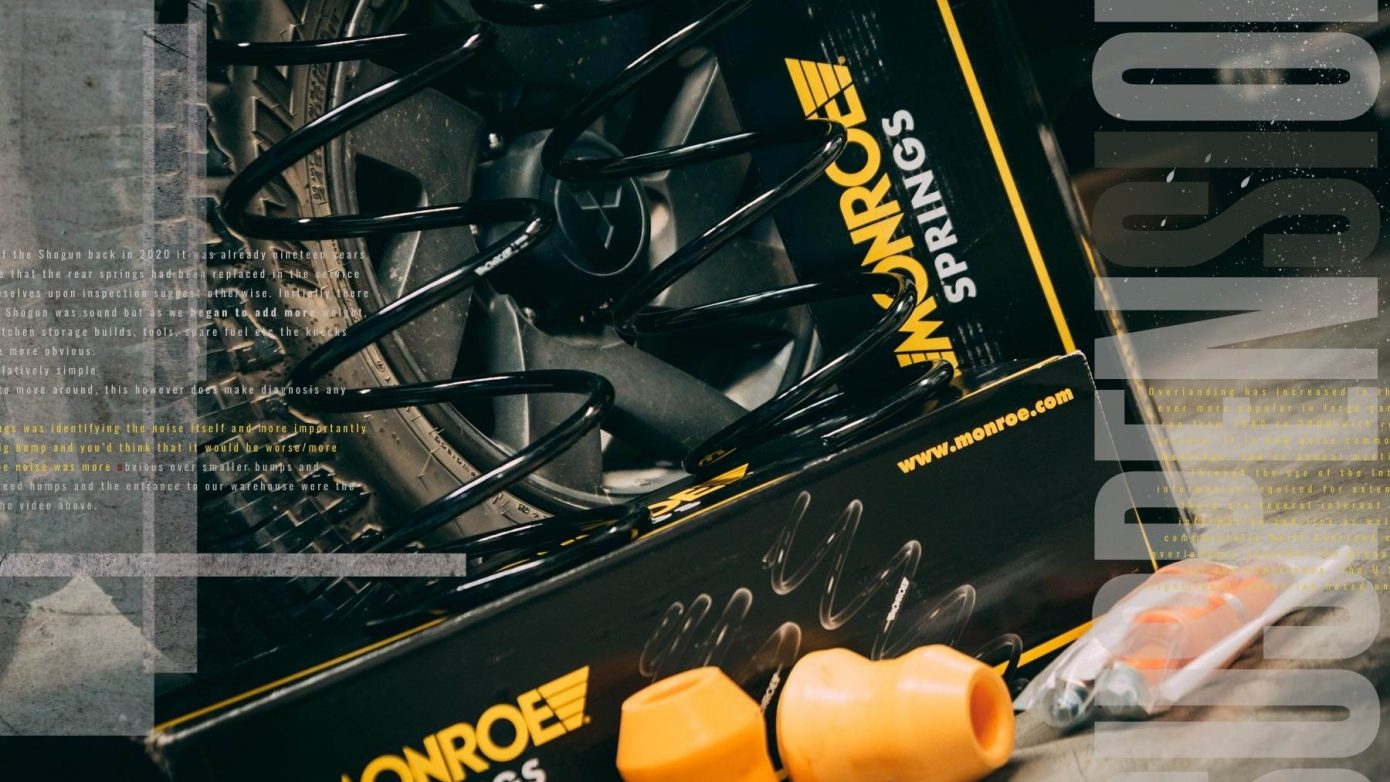 Replacing the Shogun Sport coil springs was to be step one in sorting out an annoying knock somewhere around the rear suspension. The first issue was sourcing the springs themselves although we did finally manage to get a pair of Monroe springs from Germany, Monroe’s are also available in Spain but the prices are steep so even with the courier buying from Germany [via Ebay] was more cost effective.

Then it was arranging a slot to book the Shogun in at the mechanic’s, springs are not a difficult job, buying or borrowing a set of spring clamps was an option but having already attempted to remove the drop links with no joy [seized bolts] we decided that the best bet in order to remove 20 year old bolts that had been subjected to salty UK roads all their life was to take it to the garage…

What should have been a straight forward job was hindered by seized bolts, rust and general stubbornness of a vehicle of this age. To be fair most of the problems arose with the droplinks and the anti roll bar as well as fitting the new bump stops which, when you see the old ones was [for me] essential.

A plate had to be fashioned on one side in order to attach one of the rubber stops as the existing fixture had disintegrated, the rust was by all accounts ‘muy mal’ and what should have taken perhaps less than a couple of hours was running over into two days.

Eventually the job was finished, the new springs were in. There was not much difference between the old springs and the new springs, the Monroe’s were the same height but it was obvious that there was more compression with the originals meaning the back end was riding lower especially with added weight and over rougher terrain.

Had it fixed the knock on the back end? Yes, we tested the Shogun on the ramp in front of the warehouse which was a place this knock occurred every time – nothing. The ride was also noticeably stiffer on the rear making the Shogun feel a little bit lighter on it’s feet and less like the Titanic.

Inspecting the Shogun once we had it back in the warehouse [like we always do after it’s been in the garage] threw up something odd, hardly noticeable but it was there, one side was riding higher than the other. Measuring up from the top of the tread to the underside of wheel arch revealed one side had a clearance 1.5cm less than the other.

Then we noticed what had been done wrong…