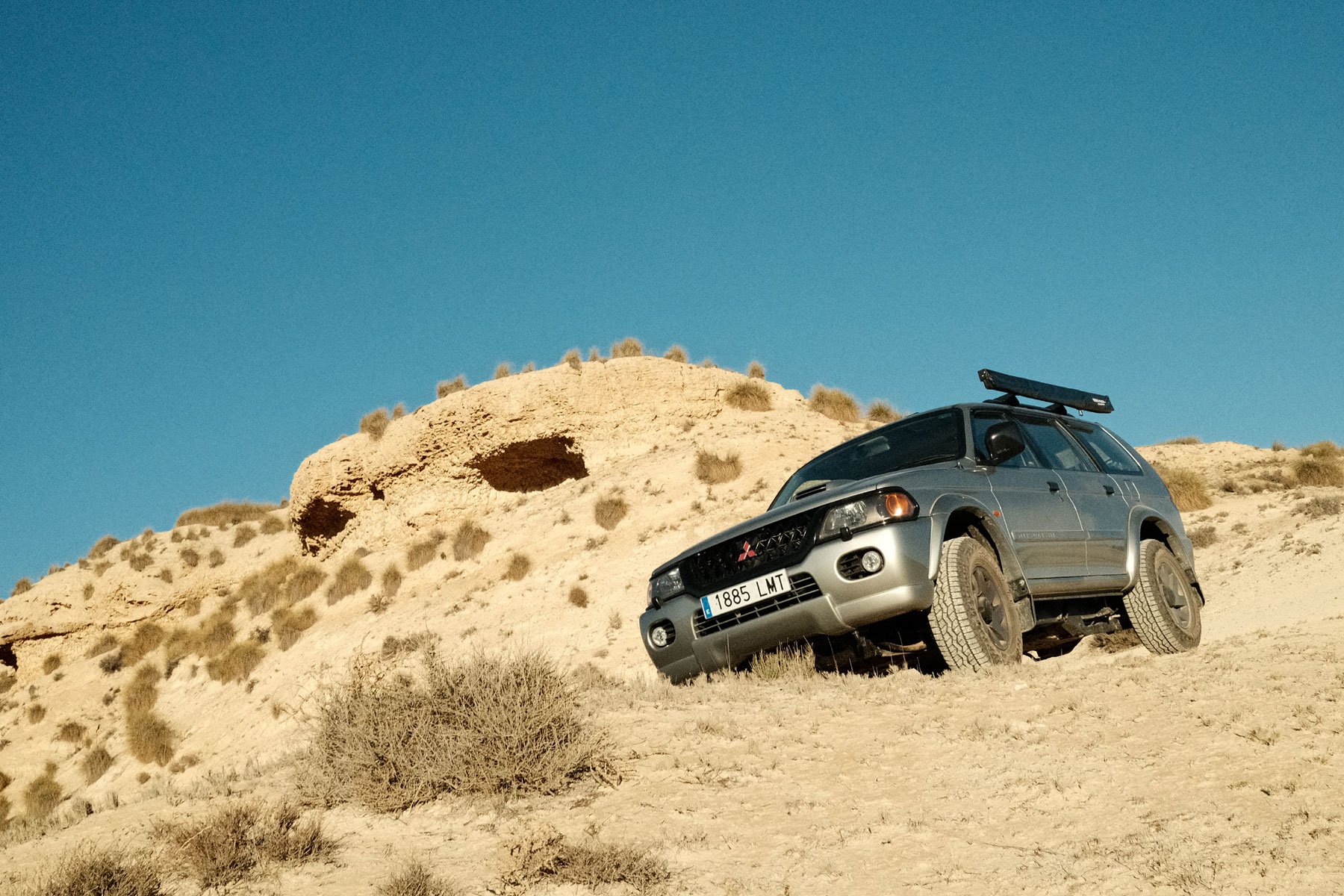 Overlanding the Altiplano de Granada never gets boring, the landscape and variation is quite broad with the rural farmland that surrounds the village of Orce being no different, it is here that we find the Torre del Salar – an old watchtower which stands in a domineering position on top of rock formations.

The village lies in a valley which stretches to the nearby hamlet of Fuente Nueva, a small place where we renovated our first cave back in 2004. The entire area used to be a prehistoric lake, indeed ‘digs’ are still ongoing where the remains of mammoths and saber tooth tigers are still being found.

Setting off early along the top of the plateau on a short morning explore [overlanding doesn’t have to be full days, weekends or organized trips], even though we’ve lived in this area for nearly 20 years we still find trails through the campo that we didn’t know were there…

You never get tired of watching the sun come up wether you’re behind the wheel of your overland rig or parked up enjoying the scenery there is just something about the dawn of a new day being experienced outdoors.

This short drive along the plateau eventually ends with various options to take so I drive down towards the second of two valleys and head back towards Orce village, this route takes you past the Torre del Salar. By far the best time of day to see the watchtower is during golden hour.

To get to the tower itself you need to take a track heading toward the hills where you come across a dozen or so tractor tyres which have innovatively been sliced in half to create water troughs for livestock. Park around here and you have a 50 yard or so climb up to the top, it’s not too challenging but you do need suitable footware.

The road eventually brings you back to the village however there are numerous tracks leading off into the campo which could be explored, many come to a dead end or vanish into a field while some carry on for miles such is the nature of the surrounding farmland, some tracks will even take to the nearby town of Huéscar.

Sometimes it’s just good to get out of the house, clear your head and spend some time outdoors, even if it is for just a couple of hours.