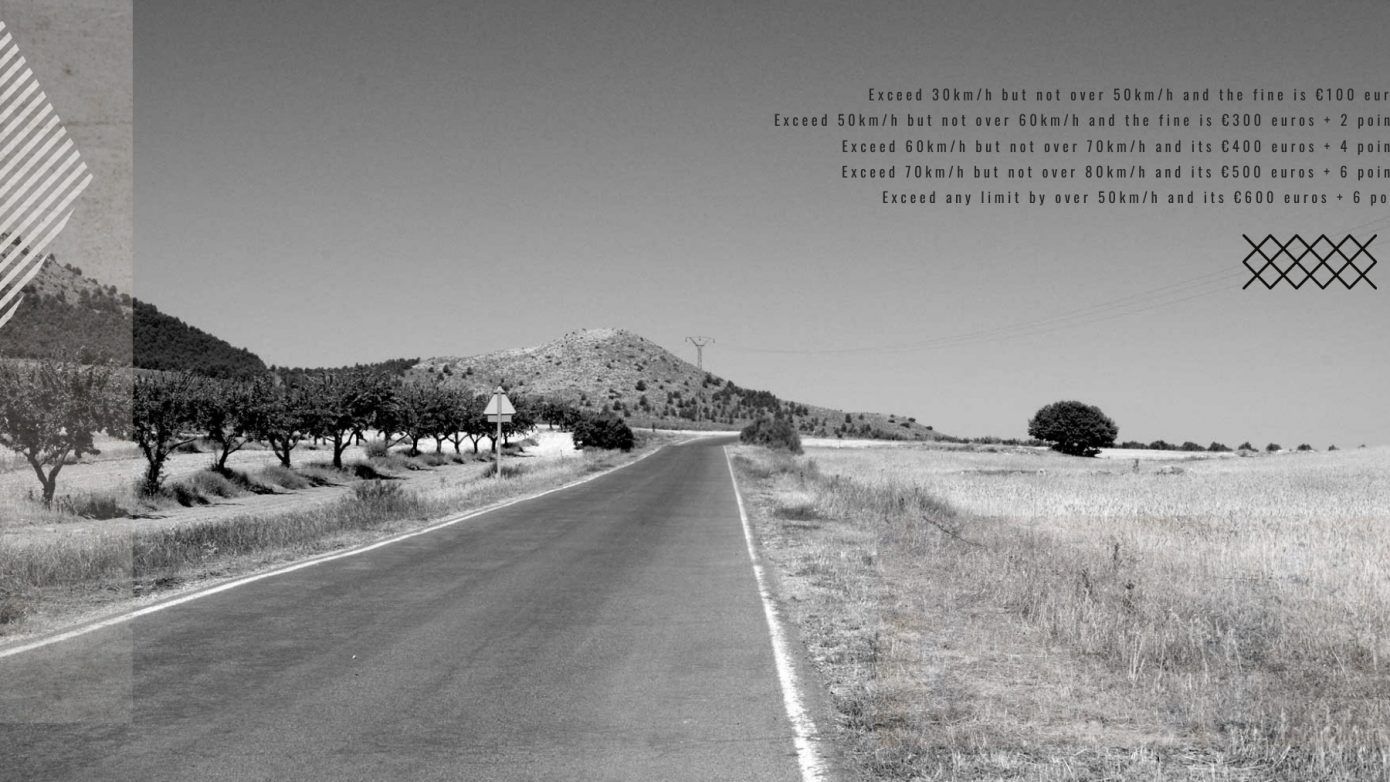 Traffic Rules in Spain [Changes for 2021]

If like us you much prefer to be off road rather than on it we get, we all however need the tarmac to get to our starting point of green lanes, dirt tracks, mountain roads and all that good stuff. If you are thinking about planning your next overlanding adventure in Spain then read on – traffic rules in Spain have changed for 2021.

It’s important to know the traffic rules in our home country and even more so when travelling to and driving through a foreign country, one thing is guaranteed and that is that the rules and regulations will be different.

Spain has a habit of changing and introducing new rules all of the time, the latest changes to traffic rules in Spain fall in line with the rest of the EU and involves fines and penalty points on your license, agree with this or not it’s time to be extra cautious whether you live in Spain or are just driving through on your next trip.

Roads that have a single lane and footpath – 20km/h

Roads with two lanes in each direction – 50km/h

Where are these roads? Vías urbanas are where these rules apply which are essentially roads in villages, towns and cities. These roads account for 165,000 kilometres in Spain compared to just over 17,000 kilometres of dual carriageways and motorways where the rules remain unchanged.

It is worth noting that Spain operates it’s points system differently compared to that of the UK for example. In Spain you start with 12 points on your license and lose them whereas in the UK points are gained as penalties.

It is already illegal to use a mobile phone whilst driving in Spain, the penalty for doing so is now up to 6 points from the previous 3 points plus a €200 fine. Punishable ‘distractions’ are also in the pipeline for drivers who have their mobile phone in the car – the phone has to be in a ‘safe and correct’ place so for example if you have the phone on your lap, check a message or touch the phone then you are breaking the law.

Some are questioning how this can or will be policed, either way if you drive a RHD vehicle imported from the UK be prepared to be pulled over if your passenger is [legally] on the phone as the Guardia will think they are the driver… [this has happened to us]

It is also likely, should the DGT succeed in getting these laws through that it will affect GPS users so if you have a permanent tablet set up in your rig you may well have to have the tablet in a ‘safe’ place, watch this space…

It is already illegal to use radar detection equipment in Spain but now it is also illegal to be in possession of it – €500 euro fine + 3 points.

The thinking behind the new decree is road safety, to reduce the amount of road deaths and protect pedestrians as well as other road users. Piling on more fines and penalty points alongside speed limit reductions may only help to a degree though.

Having lived in Spain since 2004 we can honestly say that the country has some of the worst driving we have ever seen. There are a multitude of reasons for Spanish road accidents [just like anywhere else] but the overall way in which driving a vehicle is performed has to be looked at by the DGT also.

Perhaps the use of indicators [or lack of] should warrant a fine too, what may also be a life saver is educating children in schools the Spanish version of the green cross code, we’ve had 2 kids go through Spanish education and neither have had any teaching on road safety.

It is also worth bearing in mind that not all road signs will be changed with immediate effect, indeed it will take some time for this to happen so if you are driving in Spain on any of the above mentioned roads after May 2021 the speed limit sign that says 50 may actually mean 30…