What is Calima weather in Spain [and is it dangerous?] 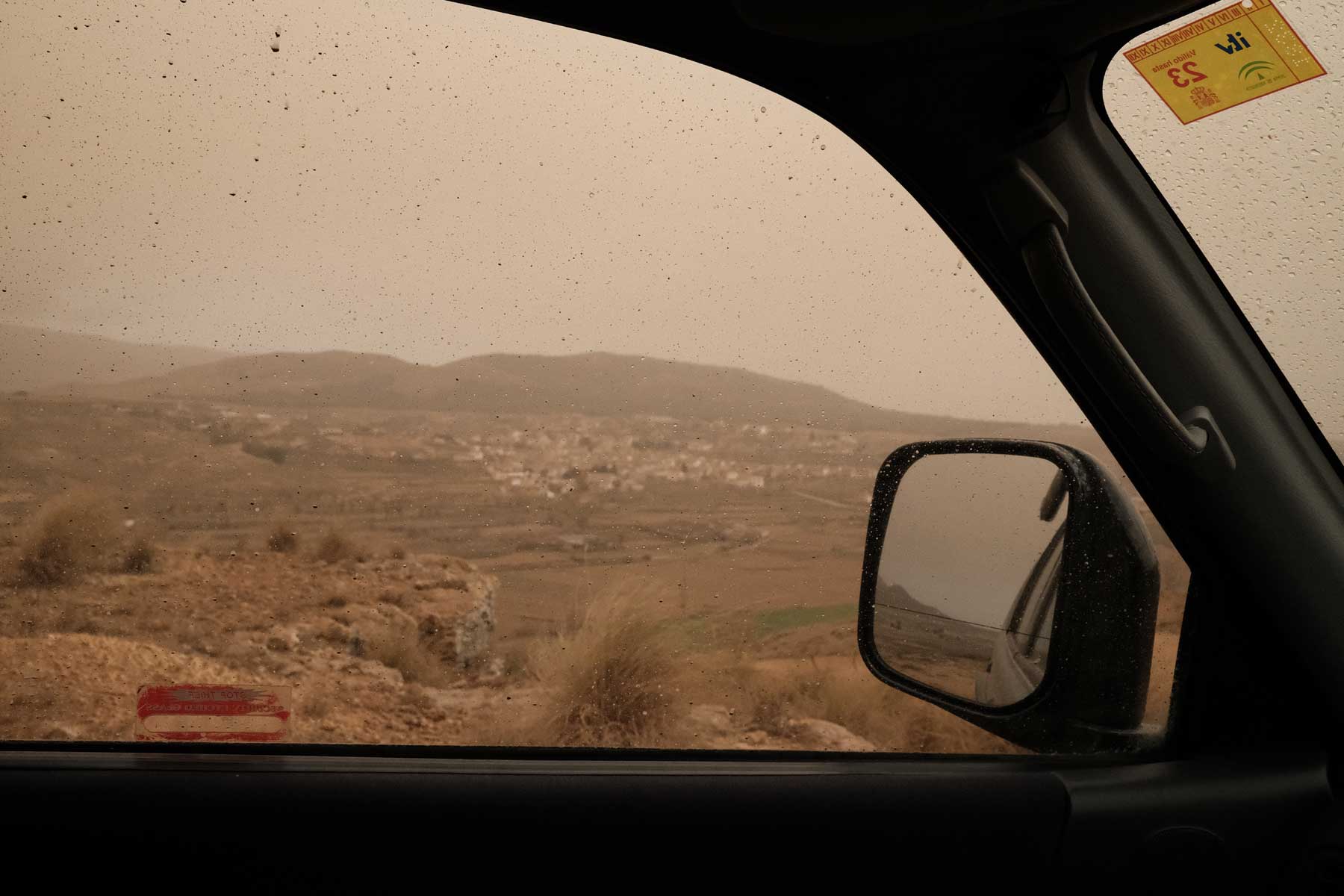 What is Calima weather in Spain [and is it dangerous?]

What is Calima weather?

Calima weather in Spain is a weather phenomenon that results in the skies turning orange red in colour due to dust particles carried north from the Sahara desert. Translated as ‘haze’ in English, Calima can reduce air quality significantly and lead to the ground behing covered in dust.

It arrived in mid March 2022, we’d experienced it several times before but normaly later in the year and not quite as threatening as this. The skies turned a burn’t terracotta brown/red, it almost looked like a nuclear winter with the sun struggling to make any kind of appearance during the three day coverage before it eventually began to rain.

While the rain began to clear the air it also made a right old mess of, well, pretty much everything, it also began raining mud with even slight drizzle collecting up the Saharan dust on it’s way down ready to cover whatever you were wearing in ‘mud’.

During the week a lot of people were asking what is Calima weather? and… is it dangerous? Any reduction in air quality can be dangerous especially for those most susceptable to breathing ailments, the air quality in Spain that week hit the top spot in the world for the worst air quality beating even India and China.

The advice? If you must venture outdoors wear a face mask [FFP2 are the ones to go for], avoid driving too if you can as this makes the air quality issue even worse as emissions have nowhere to go.

If you are driving outside or have been caught out by ‘Calima’ on your trip give your air filter some attention and a good clean, your vehicle will thank you for it.